On Second Thoughts: Removing plastic already in the ocean is a distraction 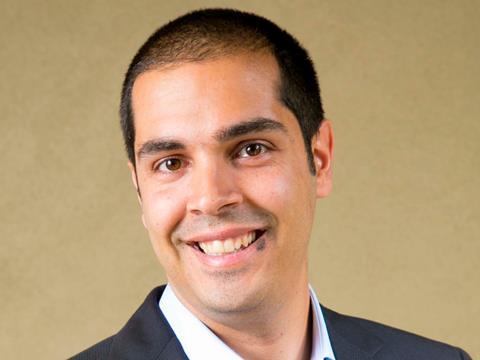 Yoni Shiran, Breaking the Plastic Wave Programme Director, SYSTEMIQ, argues we must focus on the root causes of plastic waste in the ocean - not the symptoms.

Plastic’s low cost, light weight, convenience, durability, and ability to be produced in different colours and shapes have driven its proliferation. As plastic production and use have surged, so too has plastic pollution, and with it the amount of plastic in the ocean,[i] which could already be as high as 150 million tonnes,[ii] - with severe consequences for ecosystems, businesses and communities. An analysis by SYSTEMIQ and The Pew Charitable Trusts, Breaking the Plastic Wave project found that without action, municipal solid waste plastic could double, plastic waste flowing into the ocean could triple and plastic stock in the ocean could quadruple in 20 years.

In this context, many people deeply concerned with the state of our oceans have been enthusiastic about technologies that claim to remove plastic from the middle of the ocean through sophisticated and well-engineered 'plastic fishing' apparatus. Some even consider these solutions a silver bullet. While incredible ingenuity has gone into these solutions, and while their development has been undoubtedly well intentioned, they are a complete distraction - and potentially a dangerous one. Given they are attracting hundreds of millions of dollars of investment, the focus needs be on investing into real solutions that focus on preventing plastic from entering the ocean in the first place, including new reuse/refill models, better plastic substitutes, new recycling facilities, and the significant expansion of collection infrastructure.

Second, finding plastic in the ocean is like finding a needle in a haystack. In fact, one cannot think of a smaller needle (think microplastics) or a larger haystack (the ocean’s volume is 1,350,000,000,000,000,000,000 litres, an unimaginable amount). Even if plastics concentrate in some parts of the ocean, the technical constraints are insurmountable, especially when compared to the well-known solutions that could prevent plastic from flowing into the ocean in the first place (and the 'plastic island' myth has already been debunked, with scientists now estimating that 97% of the plastic in the ocean is not floating in 'plastic islands'). To make matters worse, plastic in the ocean degrades into smaller particles called microplastics (particles between 1 micrometre and 5 mm in size) or even nanoplastics (particles smaller than 1 micrometre) – exacerbating the challenge of finding and removing them at scale.

Last, even if somehow it were possible to find these particles, by the time plastic particles reach the middle of the ocean where they would be collected, these particles could have already propagated much damage to fish and natural ecosystems, potentially killing several animals along the way. A large proportion of life in the ocean is within the first 50 kms from the coast – by the time plastic would have been collected from the middle of the ocean, it may have been too late.

Many have used the 'flooded house' metaphor to make a similar argument. In essence, if your house is flooding, you must turn off the tap before you start mopping the floor. Attempting to remove plastic from the ocean while 14 million tonnes of plastic are still pouring into our ocean every year is analogous to mopping the floor[iv] - and dangerously so, given the profound negative impact of plastic pollution, including altering habitats, harming wildlife, and damaging ecosystem function and services[v]. Sadly, for the plastic already in the ocean it is 'game over', and we must focus all our resources on preventing more plastic pouring in.

River trap technologies that capture plastic flowing in the river may be more effective than ocean clean-up initiatives. But these too should be implemented carefully to ensure that rivers don’t become our waste management systems. Rivers are, after all, as vulnerable an eco-system as the ocean, if not more.

We must therefore focus on the root cause of plastic pollution in the ocean, not the symptom. Fortunately, we have today 80% of the solutions needed to address plastic pollution – including reducing plastic consumption, substituting plastic with other materials, designing for recycling, scaling up collection and recycling infrastructure, among others. Fixing our plastic system will by no means be easy, but it is possible. Once we have done that, we can turn to removing plastic from the ocean… but until then, the world needs to focus all its efforts on prevention.