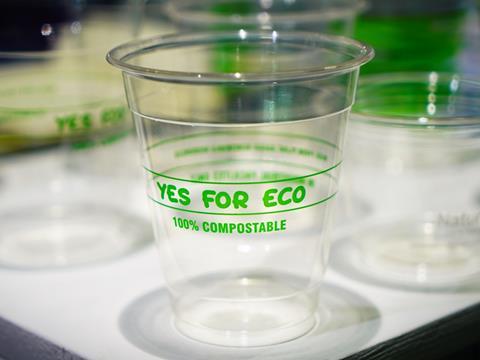 European Bioplastics (EUBP) has presented a positive outlook for the global bioplastics industry at the 17th EUBP Conference, with the global capacity of bioplastic production expected to increase by 4.7 million tonnes between now and 2027.

Overall plastic production is said to have slowed in 2020, which is largely attributable to the impact of the COVID-19 pandemic. However, according to market data compiled in cooperation with nova-Institute, the 2.23 million tonnes of plastic produced in 2022 is set to increase to around 6.3 million tonnes in 2027.

Nevertheless, the accelerating development of such polymers as PHA, PLA, and biobased forms of polyamides and PP is expected to drive the production capacity and diversity of biobased plastics within the next five years. 48% or one million tonnes of the bioplastics market this year is thought to account for packaging.

“The positive development of bioplastics production capacity needs to be seen within the wider global context of a climate crisis, rising energy costs, and disrupted value chains,” says Hasso von Pogrell, Managing Director of EUBP. “Yet, despite these challenges, bioplastics production capacity is growing. Once again, this shows the resilience and importance of our industry.”

Just over 40% of the world’s bioplastics are currently produced in Asia, a figure expected to increase to 60% by 2027. Although a quarter of the production capacity is currently located in Europe, its own share is expected to decrease.

“We will see an impressive increase in bioplastics production over the next years,” states von Pogrell. “However, the big question is, does Europe still want to play a significant role in the world league of bioplastics or does it give up its leadership in the field of innovative sustainable materials?

“Investment into infrastructure as well as research requires the right political and economic framework conditions. Therefore, the European policymakers should make use of the many initiatives related to the European Green Deal to clearly acknowledge and promote biobased and compostable plastics.”

Additionally, the 0.01% of the global agricultural area of 5 billion hectares currently dedicated to renewable feedstock for bioplastic production is expected to increase by 0.05% in the next five years.

“In relation to the available agricultural area, this share is still minimal. Thus, there is no competition between the renewable feedstock for food and feed and the production of bioplastics” von Pogrell concludes. “Over 90 percent of the global agricultural area is used for pasture, feed, and food. This is also of crucial importance in the political debate regarding land used for biobased industries.”

Anna Papagrigoraki, sustainability director at Cepi, recently spoke to us about the difficulties of substituting traditional polymers with bio-based alternatives. She outlined the necessity of adhering to recyclability or biodegradability, EU legislation, and the functions expected of the product; in the same breadth, the consumer must be made aware of the sourcing, production, and environmental performance of the material.

As part of the EU-funded BeonNAT Project, AIMPLAS has been developing bioplastics for active cosmetics packaging made from trees and shrubs.