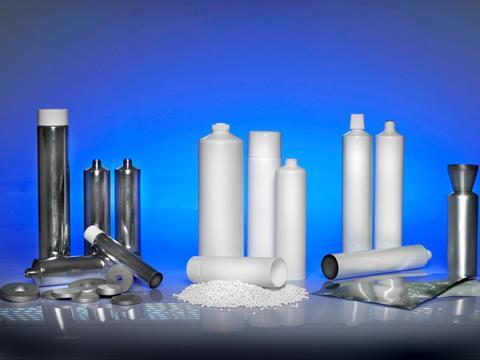 Despite challenging economic conditions, deliveries of aluminium, laminate and plastic tubes rose by one percent according to the European Tube Manufacturers Association (Etma).

According to Etma, aluminium tube deliveries increased by just under one percent and plastic tubes by about two percent, while laminate tubes declined by almost four percent. The association reports that laminate and aluminium tubes accounted for 36 percent each of Etma members’ deliveries, and the share of plastic tubes was 28 percent.

Etma claims the increase in volume was due to an increased demand of almost two percent from the cosmetics market, which dominates volume. Demand from the pharmaceutical sector increased by eight percent.

In contrast, the association says deliveries to the dental care market fell by just under two percent. Allegedly, these three markets account for about 85 percent of total deliveries; the remaining 15 percent is accounted for by household products and food, which declined in the first half of 2022, falling by almost 15 percent and 10 percent respectively.

Etma president Mark Aegler says: “Skyrocketing electricity and gas prices are causing Etma members great distress, and there is no end in sight to this alarming trend. A further worsening of the situation could lead to a situation threatening the existence of some members.”

Etma says increased energy prices are accompanied by a loss of purchasing power among European consumers due to inflation and fears of recession. “This is an unpleasant cocktail of difficult economic conditions that will have a lasting impact on the lives of European tube manufacturers and consumers this year and certainly next,” adds Aegler.

Last month, Etma announced the winners of its annual Tube of the Year Competition, which aims to set global standards for high quality sustainable packaging solutions. The winners were across categories including aluminium tubes, plastic tubes, laminate tubes, prototypes, and sustainability.