Are consumers ready to recycle more? 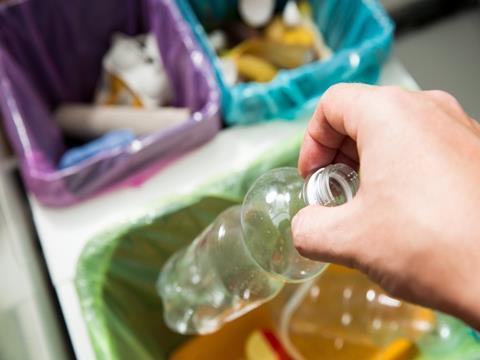 A recent survey conducted by Amcor suggests that 76% of consumers would like to recycle more than they currently do, with recyclability identified as the sustainability attribute of packaging that consumers care about most.

As well as a willingness to recycle more, the survey found that 83% of consumers from these countries want clarity from brands on how to recycle packaging and 80% believe that recycling service providers should be responsible for improving infrastructure so that recycling is possible.

Another significant finding of the report was that consumers care most about the recyclability of packaging – above other attributes such as reusability and the type of materials used.

According to a report from Eunomia, Germany, one of the countries included in Amcor’s research, has the highest global recycling rate based on self-reported figures. Wales placed second in the same research, with a significantly higher rate than the UK’s average of 46.2%, while Australia and the U.S. – both included in the Amcor survey – also ranked in the top 25.

Based on a different metric (plastic recycling alone), China’s recycling rate is estimated to be around 30%. Overall recycling rates vary massively between regions in Brazil, ranging from 41.5% in the South-East to 10.31% in the North-East.

These statistics begin to hint at some of the difficulties of translating consumer attitudes into action. In SPRING’s recently-released framework for sustainable packaging development, it emphasises that there is no ‘one-size fits all’ approach and that the accessibility of methods like recycling depends on geographical, political, social, and cultural factors that are context-specific.

For example, the Brazilian Association of Public Cleaning and Special Waste Companies (Adrelpe) claims that one in 12 people in Brazil have no regular local waste collection service – implying that even if consumers want to recycle more, a lack of government support and investment in infrastructure may prevent them from doing so. This does, however, help to explain Amcor’s findings that consumers are increasingly looking to local authorities to enhance recycling infrastructure.

Additionally, even where recycling infrastructure is more readily accessible, there can be gaps in consumer knowledge that prevent recyclable materials from reaching these facilities. Research from the Paper and Packaging Board apparently reveals that less than half of respondents from the U.S. understand various components of recycling, such as how to prepare an item for recycling and where recycling can be dropped off.

Therefore, there remains a discrepancy between consumers saying they want to recycle more and consumers actually doing so. This could be helped by clarification from brands and local authorities, which, according to Amcor, is something consumers want. This view is shared by the One Planet Network, which says that information on packaging is the most effective way to guide consumers on how to recycle and to prevent confusion, guesswork, and avoidance.

Meanwhile, recycling technologies vary widely between countries, and even regions within countries, depending on factors like population density, legislation, and economic activity.

Solutions such as advanced recycling have been put forward as a way to increase recycling rates, but some groups view this as an untested technology with potentially damaging environmental impacts. However, traditional recycling methods often downcycle materials like plastic as quality decreases through multiple cycles, which means they are not fully circular – a nuance that is sometimes overlooked by consumers, especially in cases where brands greenwash claims about how a package is recycled or recyclable.

Importantly, consumers’ attitudes towards recycling can be influenced by media representations of issues like ocean-bound plastic. SPRING notes the importance of planning and production for sustainable packaging development, which includes companies pre-emptively considering the lifecycle impacts of different materials. Amcor’s survey results suggest consumers do not consider the materials used in packaging to the same degree as recycling, even though these issues are interconnected. It may be counteractive to focus only on recyclability when examining the sustainability of packaging, even if this is the consumer preference.

In some cases, other strategies like reuse and recovery may be preferable. Consumer education will still be important in making sure materials make it to this stage after use – and ensuring consumers place enough value on these methods to engage with them.

Amcor’s research tells us that consumers appear ready to recycle more, but whether this will yield results is a much more complex issue and, in many cases, yet to be seen.