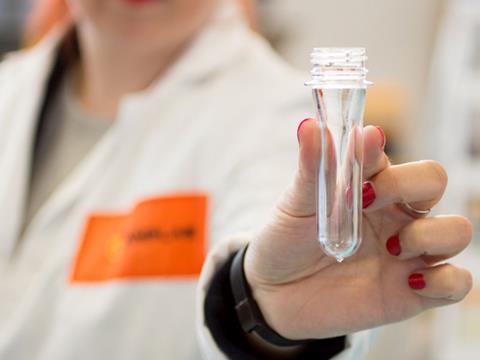 The project MIPLASCOE, funded by CDTI through the programme Innterconecta 2016, aims to produce biopolyesters by using fermentation from wastes of the orange juice industry for the manufacturing of elements for the rail industry and bottles to package the juice itself.

Spain is the world’s fifth manufacturer of oranges and juices and the first within the European Union. This activity is performed mainly in the Valencian Community, where three million tonnes of citrus fruits are produced each year, approximately the 60 % of the national production. In Andalusia, the citrus activity is also very important, since it is the third most important agricultural sector of the region, with surface of 62,000 hectares and an increase of more than 70 % over recent decades.

This important producing activity of the orange juice sector also generates a considerable volume of waste. In particular, 1,2 million tonnes per year in a relatively concentrated way. This waste is intended mainly for the manufacturing of pellets for animal feed or landfilled. The first solution is costly from the energy point of view on an industrial scale and in both cases some problems arise for the environment.  In order to provide an outlet for this amount of waste as products with higher added value, the companies J. GARCIA CARRION, AGROCODE, CANAGROSA, PLASTIPAK, LISANPLAST and AZVI, together with the University of Seville, the Polytechnic University of Valencia and AIMPLAS, have implemented the project MIPLASCOE, funded by CDTI through the programme Innterconecta and supported by the Ministry of Economy, Industry and Competitiveness.

The project is focused on the recovery of this waste by means of the extraction of different monomers by microbial fermentation and the synthesis of bio-polyesters that, after a subsequent change, are expected to have the suitable properties for its use in profile extrusion and production of bottles by injection blow moulding.

The development of MIPLASCOE (July 2016 – December 2018) is framed within the policies of the European Union regarding green employment and circular economy.