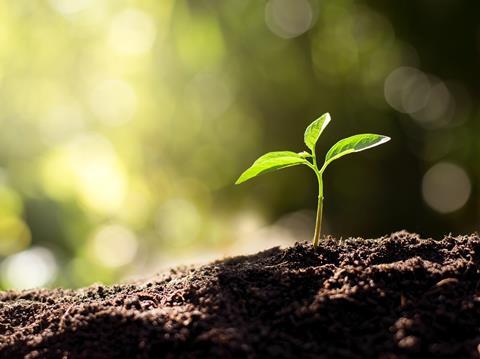 Researchers at ETH Zurich and the Swiss Federal Institute of Aquatic Science and Technology (Eawag) succeeded in an interdisciplinary study to demonstrate that soil microorganisms metabolically utilised the carbon in the PBAT polymer both for energy production and also to build up microbial biomass.

The researchers used the biodegradable polymer PBAT (Polybutylenadipatterephthalat) labelled with a carbon isotope. This isotope label enabled the scientists to track the polymer-derived carbon along different biodegradation pathways in soil. It showed that the carbon from PBAT was not only converted into carbon dioxide (CO2) as a result of microbial respiration but also incorporated into the biomass of microorganisms colonising the polymer surface.

The researchers are the first to successfully demonstrate where the carbon of a polymer ends up and that a plastic material is effectively biodegrading in soils.“This clarifies that nothings remains after biodegradation besides water, CO2 and biomass," says Hasso von Pogrell, Managing Director of European Bioplastics e.V.. “With this study, two concerns that are constantly being raised about biodegradable plastics have been rebutted – the doubt that microorganisms fully metabolise certified biodegradable plastics and the concern that the oil-based part of the polymer will not biodegrade completely."

“The results of this study will surely enable municipalities and waste managers across EU Member States to acknowledge the benefits and the functionality of certified compostable plastic bio-waste bags for a separate collection of organic waste as well as in an agricultural context the alternative of soil biodegradable mulch films," von Pogrell concluded.