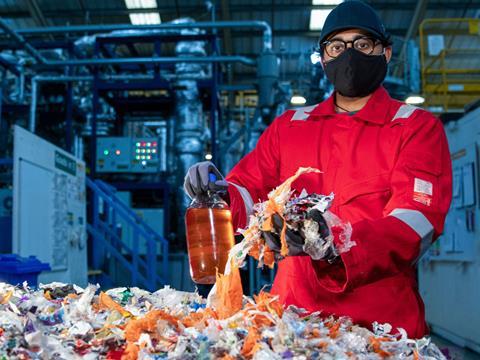 INEOS Styrolution, Recycling Technologies and Trinseo today claim to have reached a significant milestone in their plans to build commercial polystyrene (PS) recycling plants in Europe.

These three companies all share the same vision of making PS a circular material through depolymerisation. According to the companies, the “unique properties of PS allow for full circularity” where PS waste is returned to its chemical building blocks before being polymerised again.

Following an assessment of technology options, Recycling Technologies was selected to join INEOS Styrolution and Trinseo as the technology provider for commercial-scale recycling of PS. The companies determined that Recycling Technologies’ solution provided the highest yields in the conversion of PS to styrene monomer and provided the most scalable solution due to the company’s fluidised bed reactor combined with the expertise of its technical team.

INEOS Styrolution plans to build its full commercial-scale recycling facility in Wingles, France. Trinseo has also announced its own plan to build a plant in Tessenderlo, Belgium, which is expected to be operational in 2023. Each plant would aim to convert 15kT/y of PS waste into recycled styrene.

Nicolas Joly, vice president for plastics and feedstocks at Trinseo and president of Styrenics Circular Solutions, comments: “Polystyrene turns out to be a wonderful polymer. Not only is depolymerisation an effective recycling method, but it also allows for recycling while also maintaining food contact compliancy.”

Adrian Griffiths, CEO and founder of Recycling Technologies Ltd., comments: “Our collaboration with INEOS Styrolution and Trinseo is a strong recognition of our technology’s ability to make polystyrene circular. We look forward to working with these two global leading companies to build Europe’s first chemical polystyrene recycling facilities.”