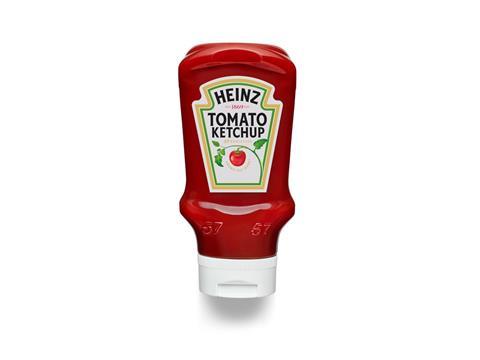 Heinz has announced that it is introducing recyclable caps for its squeezy sauce bottles, meaning that every part of the packs can now be recycled.

The unique mono-material cap has been created following eight years of research and development involving more than 185,000 hours and an investment of US$1.2m to find a suitable replacement cap for the extremely popular squeezy bottles, which sold one billion units globally in 2020.

Heinz created 45 different designs in total on its mission to create the new cap, which was printed in-house using a 3D printer. After creating the prototypes, Heinz then followed a testing procedure to make sure the cap met its quality standards.

The first Heinz varieties to get the new cap will be Heinz’s Tomato Ketchup and BBQ Sauce. The cap will be rolled out globally from 2022, starting in Europe.

The move will reportedly mean that a potential one billion plastic caps - enough to fill 35 Olympic swimming pools - can be recycled, instead of finding their way into landfill.

To date, Heinz sauce bottles have used a flexible valve, which had been designed to deliver the ideal portion of sauce per squeeze but was typically challenging to recycle. The new cap has been designed to provide the same squeeze while using a single, rigid, and more recyclable material.

Jojo de Noronha, President of Kraft Heinz Northern Europe, said: “We’re excited to be announcing these first to market innovative new caps, meaning our consumers can now recycle every part of their Heinz squeezy bottle in their weekly kerbside collection.

“A huge amount of work has gone into finding the right solution that means no compromise on using and enjoying our hugely popular squeezy bottles for the hundreds of millions who buy them. While we know we still have more to do, from a sustainability and environmental perspective this is positive news.”

This move is part of Heinz’s pledge to aim to make 100% of its packaging recyclable, reusable or compostable by 2025.