Future Solutions for the Growth Market of Packaging Printing 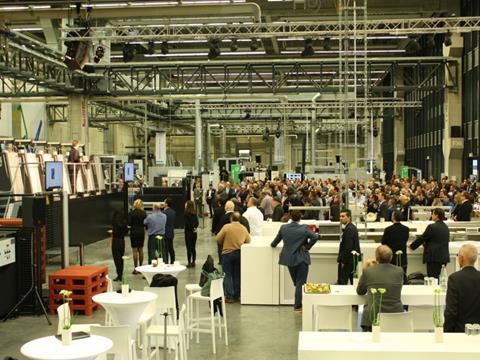 During a subsequent press tour, Heidelberg used the example of Acket Drukkerij Kartonnage in Oss in the Netherlands to show how significantly navigated printing can affect the efficiency and therefore the profitability of a packaging printer. Among the machines in Acket’s press room are three Heidelberg Speedmaster XL 106, the latest of which is equipped with Push to Stop technology. Owner Tom Acket constantly monitors the performance of his machines and compares them against benchmark figures. “In combination with shorter makeready times, the new Speedmaster XL 106 and Push to Stop allowed us to increase our productivity by 20 percent,” he says.

Smart Packaging Solutions in the Belgian city of Meer uses a Speedmaster XL 162-5+L for its printing needs. The company services a very special segment in packaging printing: solid board transport boxes for fruit and vegetables, which are grown in large quantities in the nearby Belgian and Dutch greenhouses. Furthermore they do have customers in the meat-processing industry and in the flower industry. The challenge here is that the cartons used as the substrate are extremely thick at up to 1.5 mm, and many presses fail to achieve high net production speed. The Speedmaster XL 162 can handle this with ease thanks to its robust design, and reliably produces 13,000 sheets per hour. With the machine that was previously used the maximum was only 8,000. “We’ve been using the Speedmaster 162 for six months,” reports Plant Manager Marc Hopstaken, “and I couldn’t be happier.”