When it comes to sustainable goal setting, be careful what you communicate 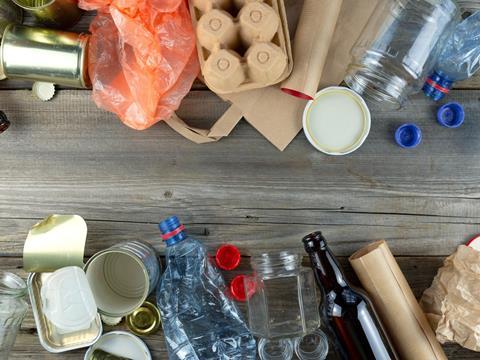 Can stakeholders set aspirational sustainability goals without disengaging the public? Dr Calvin Lakhan, who works at York University and is an SME for SPRING, explores the importance of clear communication and accountability when public interest in sustainable development is at an all-time high.

“Shoot for the moon. Even if you miss it, you will land among the stars.”  I’m sure you have come across this type of saying.

Setting personal and societal goals is critically important. Doing so defines the benchmark that we are working towards, and intuitively, it makes sense to aspire towards something great.

However, goal setting isn’t as easy as it sounds, particularly when it comes to issues surrounding waste and sustainability.

Goal setting requires some degree of consensus among affected stakeholders; it is difficult to define a goal when we can’t even agree on what it is we are trying to work towards. Within the context of waste management, some stakeholders prioritize environmental objectives, while others may emphasize economic and even social objectives.

Complicating the issue is that there is no right or wrong answer. The goals we strive for today may not be the goals of tomorrow, highlighting the importance of re-evaluating and re-calibrating our priorities.

When discussing what the goals of a waste management system should be, the terms “Zero Waste” and “Circular Economy” are often used.

The intent is not to literally achieve zero waste, or a closed loop economy with no waste outputs. Rather, it is a conceptual target that we constantly work towards. Implicit to this work is a recognition that there are barriers (behavioral, technical, and physical) that make achieving zero waste (literal) and circularity impossible.

While this may seem obvious to some, it isn’t as apparent as you might think. York University recently (2021) undertook a series of studies examining household attitudes and behaviors towards waste. One of these was focused on public awareness surrounding various waste initiatives, including how households prioritize waste management strategies (recycling vs. reuse vs. reduction, etc.) and preferred systemic outcomes (what households wanted our waste management programmes to achieve).

One of the first issues identified is that households have difficulty understanding specific terminology (i.e., divertible). Less than one quarter of respondents agreed (or strongly agreed) with the statement “I know what a circular economy is”. Similar results were also observed when respondents were asked about “Zero Waste” (32%), “Carbon Neutral” (19%), “Life cycle impacts” (25%), “Greenhouse Gases” (38%), and “Carbon Footprint” (30%).

Another theme that emerged from interviews is that households often interpret terms literally. Terms like “zero waste” and “single-use plastic ban” were taken at face value. The single-use plastics ban was a point of significant confusion for respondents, as they had difficulty understanding that the proposed legislation only applied to some, but not all, plastics.

Why do these findings matter and what are their implications? The most salient issue is that the public is calibrating its expectations around aspirational (and largely unrealistic) goals and may not understand or appreciate the context of what can actually be achieved.

If we are communicating to the public that our goals are zero waste, 100% recyclable packaging, and no single-use plastics, that is what they are going to be using as the barometer for success. The frame of reference that we use to set our goals is thus critical in understanding whether we are making progress towards them.

As an example, if your city were to improve its diversion rate from 20% to 50% over the next 10 years, that would be an enormous success that should be celebrated. However, when looked at through the lens of an 80% diversion goal, that effort may be perceived as a failure.

Context is critical, and a theme that emerged during our study was that people (both the public and policy planners) lack context with respect to the way we set and communicate environmental goals.

In many ways, focusing on aspirational goals sets us up for failure (or at the very least, diminishes the successes that we are able to achieve). Using our 80% diversion target as an example, if 90% of people divert 90% of material perfectly, the best case is 81% under an idealized scenario. Given that nowhere near 90% of people divert 90% of material properly, the likelihood of achieving our target isn’t great. Add in the technical limitations of recovering and diverting material that results in yield/processing losses, the 80% diversion target becomes impossible to reach.

There is nothing wrong with setting aspirational goals, as “dreaming big” is critical. However, it does become a problem when we develop policies surrounding aspirational goals, and then communicate that this is what we are going to achieve. With public interest in sustainable waste management and the environment at an all-time high, both companies and governments will be held accountable for failing to meet their goals. It is no longer enough to say, “We tried”.

What is often neglected in conversations surrounding goal setting, measuring progress, etc., is the effect on behavior based on the perception of whether a goal is being achieved or not.

One of the primary antecedents to behavior is something called “perceived behavioral control” (PBC). PBC is a measure of how easy it is for a person to perform a given behavior, and whether they think their behavior makes a difference.

Within the context of waste management, the desired behavior is whether an individual chooses to divert (recycle/compost, etc.), and whether diversion leads to a desirable environmental outcome. In short – if somebody thinks that what they do is making a difference, they will feel more inclined to engage in the desired behavior. Conversely, if they feel that their actions have no bearing on a desired outcome, they will be discouraged from engaging in the behavior.

This matters for defining goals and priorities because a perceived failure to reach a stated goal or objective (i.e., 80% diversion, zero waste, etc.) will ultimately discourage diversion behavior. This result has been observed in numerous studies: in situations where waste was not being managed in a way that was consistent with expectations, households reported feelings of apathy, skepticism, and distrust.

If there is a disconnect between stated objectives and observed results over time, it undermines both the credibility of the stakeholder(s) setting the target, and the target itself. This can discourage consumer participation in the desired behavior, resulting in a perverse outcome where goal setting achieves the opposite of the intended effect.

It’s the journey and not the destination that matters

When we think about defining goals and establishing priorities with respect to waste, we should be hopeful, but also realistic and practical.

Our existing approach appears to be centered on setting a goal and end point, but without really explaining (or understanding) the steps needed to get there. There is nothing wrong with striving towards zero waste, circular economies, and a world without single use plastics, but the emphasis of both policy and how we choose to measure and communicate success should be on the journey and not the outcome.

A goal without a clear and tangible plan for how we intend to achieve it is nothing more than an empty gesture. We no longer have the luxury of making promises we can’t keep – both the public and the environment demand and deserve more.