Extended producer responsibility Part 2: How far have we come? 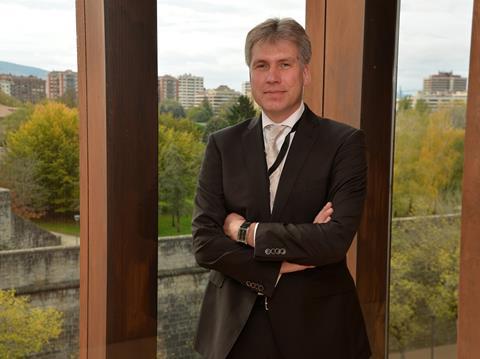 Joachim Quoden has been involved in EPR for almost as long as the concept has existed. In the early 1990s he was finishing off his legal education and by chance, came to work on environmental programmes for the German federal government. “There, I was infected by EPR,” he says. “After leaving the environment ministry, I worked for the German Green Dot scheme, which was the first EPR system for packaging in the world.”

Having spent nearly three decades deeply involved in the EPR concept, he has seen it evolve, becoming more encompassing of all types of materials, and not just limited to households. “In the past, members concentrated on establishing a collection system for households. But now, in more and more countries you’ll find separate collection in offices, leisure centres, fitness studios, train stations etc. Our job is to ensure that wherever people are using packaging, there’s a separate collection for it.”

And in terms of real action, he feels we’re in a crucial phase, citing revisions in the EU’s Waste Framework Directive that will see collection rates rise significantly. Recycling targets for plastic packaging, for example, have more than doubled, from 22.5% to 50% by 2025. “We have extremely high, ambitious targets now.”

Another ‘game-changer’ is alterations in how recycling volumes are now measured, being weighed further down the line than they previously were, after various processing has been done. “So you have higher targets, and the targets are more difficult to achieve because the measurement point is different.” Arguably a good thing as far as capturing as much value as possible from packaging.

A third legislative development is around new, minimum requirements for EPR systems. For example, governments will need to better enforce the schemes and they will be more structured, explains Quoden, with more transparency, and financial security built in. With the effect that, “We will have more reliable partners, which was not the case in all the countries up to now.”

‘All is not lost’

Good news all around. So much so that if we were to plot progress towards achieving a circular economy for flexibles on a scale of one to 10, in one year’s time, we might be at a seven, he says. Except it’s never as simple as that. But deadlines help. So what is the deadline for countries to commit to these new laws?

“It was last July,” Quoden laughs.

“The Commission was mandated within the same legislation, to come up with guidelines to help member states implement these laws nationally, and to ensure that they are doing it more or less the same. And we are still waiting for these guidelines.” Countries such as Greece, Romania and Bulgaria are struggling, he says.

But the deadline for reaching the recycling targets, in any case, is not until 2025, so all is not lost. He likens it to the five stages of grief. “First you refuse it, then you ignore it, then you are crying... And I think we are in the last stage, we are trying our best [to tackle] these new developments.”

And he does point out that several EPR systems have been able, in alignment with their governments, to go on and to take the necessary steps on the way to reach the new targets and to fulfil the new minimum requirements.

One example he cites is Fost Plus in Belgium who, along with several partners, have invested in capacity all over Belgium to fulfil the 2025 minimum EU and Belgium targets. Elsewhere, through the Pack It Better platform, Valipac and Fost Plus are encouraging eco-designed packaging with the aim of introducing an ‘eco-modulation’ of the EPR fees, taking into account the recyclability of specific packaging items. When it comes to this eco-modulation, he says EPR systems in Belgium (Fost Plus), Italy (CONAI), Netherlands (Afvalfonds Verpakkingen), Spain (Eco Embes), Sweden (FTI) and France (CITEO) are the frontrunners, providing financial incentives to companies to move to more recyclable packaging.

“In many other EU Member States,” he tells us, “especially in those which have accredited several PROs, these PROs have to wait for the concrete implementation in their country as otherwise they would be at a competitive disadvantage as the new rules and targets will mean more costs to industry, and therefore higher EPR fees.”

He feels there is often a disjunct between the policymakers in Brussels and the people dealing with implementation of those policies at ground level. In this sense, the targets are almost too ambitious, where some member states are left with little chance of fulfilling them within official timelines. “The Commission is progressing incredibly quickly.

“All countries are struggling as the new legislation requires a lot of new rules. Rules which are partly very difficult to understand and then to implement into a national context. For example fee modulations: up to now, no one really knows how to translate the demands of fee modulation into a context with several PROs competing on the price.

“At more or less the same time, member states also have to implement the Single-Use Plastic Directive, which has consequences and effects for the Packaging Directive and the Waste Framework Directive, the deadline for the implementation of which is July 2021. So, the amount of new legislation and the complexity of the new rules make it very difficult to implement them within the deadline and I expect that it will unfortunately still take some time which is of course a disaster for industry and their EPR systems because the clock is ticking and for many countries the available time to achieve the targets is getting smaller and smaller.”

‘The gap is closing’

Luckily, organizations like CEFLEX exist to provide support and resources, to help members see through legislative and voluntary commitments. And happily, Quoden feels that on the whole, a sea change is underway, and not just within Europe. “Industry has accepted that we have to bring circularity to packaging. And I think it's a global understanding. Twenty-six companies within the Consumer Goods Forum have declared that they will support EPR solutions and circularity, in all the countries where they have operations. This [kind of commitment] was unthinkable five years ago.

“In the first decade(s) industry often saw EPR as a threat and just a negative cost they have to pay, but now I feel that they see us as the best tool they have to achieve circularity for their products and their packaging. You can see their individual engagements in many of the new value chain projects, such as CEFLEX, PCEP, HolyGrail 2.0, 4EverGreen and Close The Glass Loop.”

And as far as widespread collection of flexible packaging is concerned, things are looking promising. “The gap is closing in Europe very soon. And so, at minimum, collection is ensured. Now we have to solve the next steps which are to adapt the sorting plants and then of course to find markets for it. But collection should be all over Europe soon.”

And of course, this is not just a European effort. “Chile and Columbia already have EPR laws, South Africa is on the way to making EPR mandatory, and there are movements in Jordan, Vietnam and so on.”

For Quoden personally, being witness to such a progression has meant that in 28 years there’s never been a dull moment. “It was never boring, because there were always very interesting and challenging things happening. And we were all very enthusiastic with the new Waste Framework Directive and Packaging Directive.

So, it’s not quite job done, but Joachim is encouraged by the progress made so far and cautiously optimistic for the future.

“We’ve come from 10% plastic recycling to over 40% today. There is still a long way to go but I feel that in 2030 we might have solved many of today’s challenges with the new recycling targets in combination with the new measurement point.

Next time... we get the brand owner perspective from PepsiCo's Archana Jagannathan.