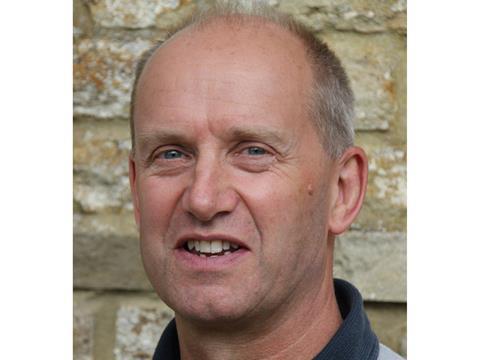 In what looks like an unintended consequence, China’s recent ban on importing rubbish for recycling looks set to have an impact on the European corrugated waste market. That’s the view of NOA, which specialises in market research into the paper packaging sector.

The decision taken by the Chinese authorities at the start of January 2018 appears to have set off a chain of events which, if followed to the logical conclusion, will see a drop in demand for OCC – old corrugated containers – in Europe and could, says NOA, lead to 'European waste mountains'.

Neil Osment, Managing Director of NOA, says he sees a direct correlation between China stopping taking recycling from Europe, Chinese investment in US papermills and, longer term, a predicted drop in demand for European OCC.

“When China stopped waste coming into the country, both Europe and America were affected,” said Neil. “The decision was taken largely due to the waste having too high a proportion of non-fibre content.

“Ironically, by turning the tap off the Chinese had to secure a new source of higher grade OCC. Initially, they tried to source OCC from places such as India, but the quality was not of an acceptable standard.”

The solution the Chinese came up with was twofold. Firstly, to buy up US papermills and the OCC collection system to go with it, to ensure continuity of supply of good quality OCC for their own mills. For example, Nine Dragons Paper has bought up the US operations of Catalyst Paper Corp, including a pair of paper mills in Maine and Wisconsin.

Secondly, Chinese mill owners have invested in the fast-growing forests in South America as a source of virgin paper.

“This investment in US papermills and the OCC supply process has given the Chinese a new source of OCC and because they are now in charge of the supply chain they can guarantee its quality. At the same time, investment in South American forests – where trees grow at a much faster rate than in North America and Europe – has secured a good source of virgin paper for China,” said Neil.

China is again taking OCC from Europe and because in the UK and Europe we recycle less corrugated than we used to – 78% now as opposed to 82% a few years ago, a consequence of the move to ecommerce, by putting recycling in the hands of consumers as opposed to shops – we’re not immediately facing a European OCC mountain.

However, according to NOA, with Chinese investment in fast-growing South American forests on the rise and the availability of virgin paper increasing, coupled with the US OCC supply chain being sewn up, it’s likely that China will once again turn European OCC away – and this time, for the long-term.

“In three or four years’ time, Europe may have a much reduced demand for its OCC – could we see waste paper mountains? It’s a definite prospect,” said Neil.

“Our research indicates that the rate of growth in demand for European corrugated will drop from its current rate of 2.5% per annum down to 1.8% per annum for the next five years. This makes the prospect of waste mountains a real possibility.

“Our advice is for retailers and brand owners to accelerate the process for moving away from plastic packaging and into paper, so an alternative market for OCC is secured.”

NOA’s recent Strategic European Corrugated Report, based on extensive research and interviews with key brand owners and retailers, delves further into the predicted demand for corrugated and OCC.