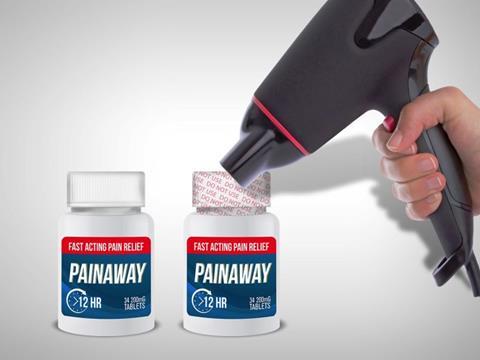 CTI’s newest technology is a breakthrough in tamper-evidence providing customers with a tight activation window where the alert transitions from colourless to full colour within a range of 10° C.  Traditional irreversible technologies require a transition window between 30° to 50° C. (86° F. to 122° F.).  This results in weak colour activation and detection at lower temperatures.

“For much of our 24-year-history, CTI has produced inks that change ‘back and forth’ based on temperature or sunlight. This was demonstrated in our ink used recently for the U.S. Postal Service 2017 solar eclipse stamp,” said Lyle Small, CTI’s founder and chief executive officer. “Now, we’ve perfected an ink that goes only one-way. It’s irreversible and it’s used to show a product that has been tampered with, or has undergone temperature changes that impact the product’s quality.” The Tamper Alert invention also incorporates CTI’s “Turbo” colour technology creating the strongest colour alert in tamper evidence in blue, green, black and red.“CTI receives 30 calls every year from across the world seeking improved tamper evidence technology,” Mr. Small added. “We’re constantly asked, ‘Do you have something that activates in a tighter temperature window and has stronger colour?’ It was very tough chemistry to figure out, but the team finally did it.”

At present, Tamper Alert is available only in water-based applications.