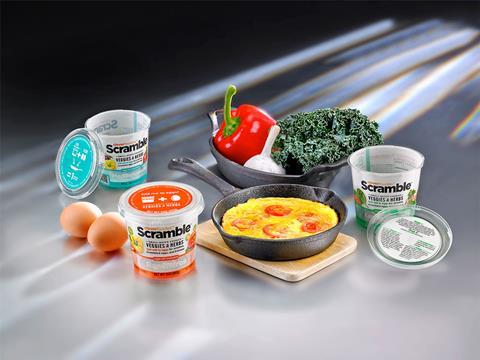 The director of Aquapak Polymers Ltd, the design manager of RPC Group and the marketing manager of Futamura talk about how their companies deal with balancing the sometimes clashing priorities of cost, functionality and sustainability in pack design to achieve optimum results. Elisabeth Skoda reports.

Dr John Williams, director of UK plastics manufacturer Aquapak Polymers Ltd, starts off by explaining how his company dealt with the challenges of balancing cost, functionality and sustainability when giving a well-used polymer a make-over.

When Aquapak developed its super polymer six years ago, instead of formulating a new polymer that ticked all the boxes for society, environment and economy the focus was on enhancing the functionality and performance of an already well used polymer, Polyvinyl Alcohol (PVOH), a versatile material that is most commonly used in individually packaged pouches for dishwasher tablets or washing detergents where it dissolves completely in water without leaving any residue.

Although its solubility is a key attribute in current applications, it has also been one of its biggest drawbacks in terms of widening its usage. Food manufacturers and brands want sustainable alternatives. But, first and foremost, manufacturers demand highly functional packaging that provides the necessary barrier properties and maintains or increases the lifespan of their products.

"We therefore focussed on how to maintain the environmental advantage and solubility that PVOH provides, while improving its strength and functionality. By refining and modifying the production process, and overcoming many of the traditional process barriers associated with production, we have created a resin that can be used to make flexible film in a range of weights and thicknesses that is at least twice as strong as comparable plastic. We also specifically designed the resin to work in standard polyethylene machines," Dr Williams explains.

The result was a recyclable material. Using a closed loop system, the polymer can be recovered via a simple chemical process so it can be re-pelletised and reused. The material is non-toxic and fully biodegradable, being compatible with anaerobic digestion or composting systems, and doesn't need to be de-packaged prior to processing. As well as being FDA approved and twice as strong as comparable plastic films, it can also be printed don avoiding the traditional Corona treatment. It provides a barrier to oil, solvents and oxygen, as well as extending the shelf life of fresh and dried produce making it an ideal packaging solution for the food industry.

Aquapak's mission in developing its range of plastic films is to create a plastic film/product for a circular economy - that combines functionality, has multiple end of life options, can be produced at scale and is affordable.

"The only trade-off is that the base polymer is currently derived from a fossil source - the reason for this is to keep the production costs of the pellets competitive. One of the biggest disadvantages of bioplastics is they cost too much to produce. Using a petrochemical source for Aquapak's material means it's cheaper to produce. Combined with the resin's compatibility with standard polyethylene machines means we can scale up production as market demand increases. Once demand reaches a critical mass we will look at sustainable bio-based source for the material, until then it just isn't financially viable," Dr Williams concludes.

Brian Lodge, design manager at RPC Group points out that his company cannot afford any trade-offs between cost, functionality and sustainability, as they are all important in any back design.

"The problem with compromise is that you are setting out with the intent of not optimising the design in one of these areas, therefore admitting defeat before you start."

He continues to explain that for any particular pack design these attributes may not carry the same weight and it is this reality that drives choices in development.

"I once heard this likened to juggling three balls where each is a different size, depending on the importance of the attributes. Juggling three tennis balls is a lot easier than juggling a bowling ball, tennis ball and golf ball!"

The role that designers play is ascertaining the relative importance within any project, he says."For instance, for a pack containing dangerous or corrosive chemicals like bleach or brake fluid then the integrity, use and dispensing of the product is more important than cost or sustainability but for basic foodstuffs like milk, bread and sugar cost is a far more important driver."

Sustainability and what works best is not a clear-cut thing, he explains.?"Sustainability can be the most difficult to judge because the criteria and viewpoints are so different depending on who you speak to. Choice of mono materials makes recycling easier but may not be so effective in giving long shelf life, increasing food waste, so which is "greener"? Using compostable plastics may sound a great idea but many recycling industry bodies are against them because they contaminate otherwise readily recycled plastics. And there are many other issues that influence thinking in this area."

It is a product-driven, individual decision, as he concludes.

"Rather than trading off one against another I prefer to think of it as prioritising the characteristics to suit the product. That way we can show clear thinking and explain the logic behind our design choices rather than just getting the pack to the lowest possible cost or adding all the bells and whistles that consumers want, but probably don't need."

Working with biodegradable and compostable films

Futamura's marketing manager Andy Sweetman finishes off by giving the perspective of a biodegradable film manufacturer. He explains that packaging design is a complex process which has variables that are particular to the product to be packed within. "The three p's of packaging - protect, preserve and promote are ultimately the building blocks for producing the right package for your product, whilst considering other critical factors such as budget and ethics."He points out that sustainability is an umbrella that encompasses a number of environmentally responsible packaging solutions, of which many have different effects on packaging functionality and cost effectiveness.  "Futamura specialises in renewable Cellophane™ and biodegradable and compostable NatureFlex™ films. The wood pulp we use to produce our cellulose based NatureFlex™ films is from responsible, legal and traceable sources, and is certified by the FSC® and PEFC™."

Bio derived and compostable materials have historically been limited in the degree of protection they could offer. However, Futamura's unique base film and coating technologies have been harnessed to provide unparalleled gas and moisture barrier properties without compromising either the levels of renewable raw materials employed or the final compostability of the packaging material, as Mr Sweetman points out."

Futamura conducted a proactive investigation into the mineral oil hydrocarbon (MOH) and mineral oil aromatic hydrocarbon (MOAH) barrier of NatureFlex and Cellophane films, which led to them officially been proven to provide over five years' protection from mineral oil migration, well beyond the required shelf-life of the vast majority of packaged foods.

"This means that NatureFlex films perform. They have a technical functionality; they can hold their own against more conventional flexible packaging materials, if not exceed them in some instances, whilst being home and industrial compostable. It means; you do not have compromise functionality for sustainability with NatureFlex™ films. As for cost, for a minimal on-cost the packaging now becomes an intrinsic part of the brand's core values - something to talk about with consumers instead of something to ignore," Mr Sweetman concludes.