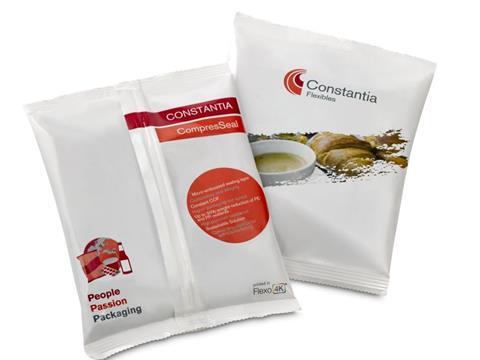 Constantia Flexibles has announced that it is again one of the winners of the annual German Packaging Award.

The company’s film-based product CompresSeal won in the category Sustainability for 2017. The award will be officially handed over to winners at a gala event in Berlin, Germany, on September 26.

“Congratulations to our Head of R&D, Achim Grefenstein, and his team at our plant in Weiden, Germany. They have developed an innovative product in a short period of time that gives our customers a sustainable solution to use in flow packs for coffee, nuts, savory foods, as well as Stand Up pouches for liquids,” said Stefan Grote, Executive Vice President of the Food Europe Division.

Revolutionary hot-embossing technology is used to create the CompresSeal film that has a higher seal integrity than standard polyethylene and weighs up to 30% less, while still having the same thickness as standard packaging. In addition, it ensures not only tighter packs, but also constant processing on packaging lines in winter and summer.