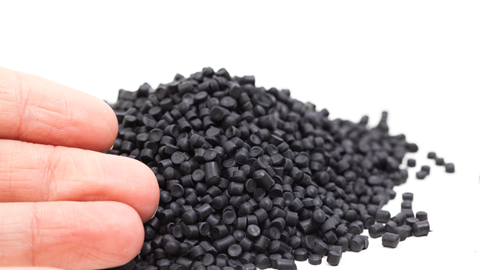 Black plastics: Can they be recycled?

It’s not one of the great philosophical questions, granted, but for those whose goal is to address the need for a circular economy this is an important piece of the puzzle. The first and most obvious answer is ‘yes, of course they can – all plastics are recyclable’, but as many will be aware it’s not quite so straightforward. Victoria Hattersley spoke to some industry experts to shed some light on the subject.

The COVID-19 crisis may understandably be at the tops of our minds, but in the meantime the same packaging sustainability questions are still quietly chugging along in the background and will continue to be addressed once life has gone back to ‘normal’ (whatever that may come to mean). One of the many of these topics – some big, some small but all contributing to the common goal of a circular economy – is the recyclability of black plastics.

While lots of those in the industry who keep an eye on such things will probably have moved beyond the assumption that ‘black plastics can’t be recycled’, there’s still plenty of confusion in the wider world around this complex issue.

And yet we know – as you might have noticed we’ve often said – that plastics of any colour are a valuable material if used correctly. “Most plastics used in single-use packaging are what’s known as thermoplastic polymers,” says Thomas McCaffrey, new product development manager at Ireland-based Quinn Packaging (which, as we will discuss, has its own solution to the black plastics conundrum).

“This type of polymer has the unique ability to be melted and formed into useful shapes such as bottles or trays to name but two. But this isn’t the end of the story: thermoplastic polymers can then be re-melted and formed into another useful shape such as a different size bottle, a pot or a piece of garden furniture. With the right conditions this melting and forming can be repeated over and over. It is for this reason that plastics [and this includes black and coloured plastics] are such a valuable resource and so readily recycled.”

Why, then, might some – consumers, for example, or brand owners / retailers – still operate under the assumption that black plastics are at an environmental disadvantage?  While I don’t feel the need to enter into a full and detailed history here of the issues surrounding black plastic recycling (many readers will have heard it all before), in brief, here are the main points: while all thermoplastics are recyclable, black plastics are usually coloured by carbon black, which, while is great for colouring plastic in an economical way has an unfortunate ability to absorb Near InfraRed Light (NIR) – the element used in the detection and sorting of plastics. Meaning? It’s invisible to the sorting systems and so won’t make it to recycling.

Why use black plastics at all?

Given the above, some might well ask (and, in fact, do) why we don’t just stop using black plastics altogether. Wouldn’t that be simpler?

Well, no, says Thomas – in fact this would be ‘short-sighted’. While black plastics do have a more ‘superficial’ aesthetic value (“consumers like how black packaging looks, retailers like how it stands out on shelf and producers like how it hides imperfections such as off-colours”), there are also practical reasons to using it over and above this.

“Dark colours and black in particular have always been important in the industry as sinks used to absorb perfectly good recycled materials that may have poor optical characteristics. If clear plastic is the only show in town, the question then becomes – what to do with this material? Much of the clear recycled PET produced from mixed source recycling cannot be used at levels up to 100% when making clear products. This is a notable problem that is simply overcome by colouring the material with an NIR detectable colour including black.”

Sebastian Heitkamp, Global Segment Marketing Manager at the Cabot Corporation, agrees that cutting black plastics out of the equation entirely would be a mistake: “Banning black plastics would be counter to the concept of circular economy. Brand owners use black colour to increase the value of their product and to improve contrast to the packaged products. In addition, with black masterbatch, any kind of recycled scrap can easily be over-coloured and thus scrap that may otherwise be undesirable can be re-used.” 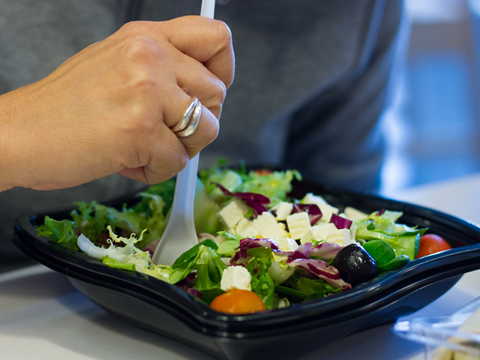 Is there another way?

One key point to remember is that it’s not the essential material itself causing the problem, but the type of pigment used to colour it – and while we’re focusing on black it’s by no means solely confined to this: Thomas McCaffrey points out that many coloured plastics items that are not black also contain carbon black pigment.

If we’re looking at the problem from this angle, then the task for the industry is to find another way to colour plastics black that does not use carbon black. Quinn Packaging is an example of a company that has taken this line of approach, having reformulated all new and existing colours to ensure detection and sorting is possible.

We’ve featured Quinn’s Detecta product range in Packaging Europe before, when it was launched just over a year ago, but to give a brief recap: Quinn’s solution has been to create its own black colour additive which makes the trays identifiable on existing NIR sorting equipment. It partnered with Tomra, a leader in sensor-based sorting systems, to test the range and they were found to be ‘fully identifiable in all respects’.

“What makes Detecta unique is that it’s the first recyclable black tray of its type to launch in the marketplace,” says Thomas. “Alternative options are either much too expensive or are a poor colour alternative to carbon black and have made little impact.”

But aside from the pigment itself, what about if we look at the solution from another angle? What if, for example, we assume that it is not just the pigment but the sorting technology that needs to be advanced? There are possibilities in this area too.

“Technologies have already been developed to address challenges with recycling black plastics,” says Sebastian Heitkamp, “and now the industry is working toward wider adoption of this technology. Several technology providers have come up with new technology that is able to sort black plastic by polymer type in the plastics waste recycling process, using laser or mid-wave NIR.  With these technologies, black plastics can be sorted and therefore effectively recycled.

So is the problem fixed?

Not quite, but the perception of black plastics does seem to be slowly changing. It’s clearly good news that more companies are coming up with innovative solutions to a well-known problem – but there is still more to do.

Sebastian Heitkamp emphasizes that continued collaboration between the plastics suppliers and the recycling industry is critical. “We can support recyclers in finding the right application to upgrade their polymer recycled material with solutions specifically tailored for recycling or to increase the recycled content in their product. For example, our PLASBLAK® 628 Series or our recently introduced TECHBLAK™ series – a product portfolio formulated with recycled resins.”

For Thomas McAffrey, the task now is more about education than technological development. “The next stage is to correctly educate the consumer, the large multiples and the media that coloured plastics including black are recyclable. How do we explain that everything you have been told thus far is wrong and what you thought was bad is in fact good! This will require bravery from some key retailers. In Ireland I have witnessed this bravery first-hand, with Tesco and Lidl both moving key products from carbon black packaging to Quinn Packaging’s Detecta.”

While we still don’t have the ‘perfect’ solution for the entire industry, there are now far more options for recycling black plastics and we have also seen their intrinsic benefits. So while it would still be a little premature to say, ‘go forth and may all your packaging be black in hue’, there are plenty of situations for which they are perfectly appropriate – even preferable – from a circularity standpoint.