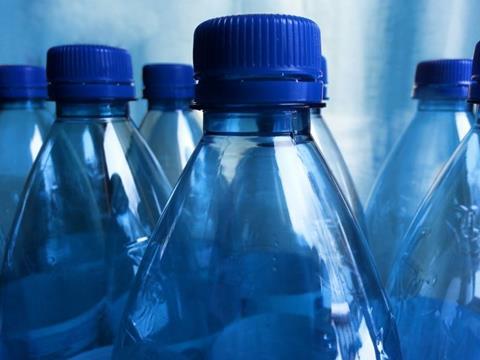 Of the most common plastics, polyethylene terephthalate (PET) is used the most to bottle water because of its chemical and physical stability. In fact, PET packaging provides a suitable barrier against moisture, oxygen and carbon dioxide, along with good transparency, reduced weight and good recyclability. However, PET manufacture involves the use of antimony trioxide (Sb2O3) as a catalyst, among other substances.

Antimony is a metal used as a clinical treatment for parasitic infections, as a synergistic flame-retardant element and as a catalyst in plastics manufacture. However, antimony cannot be considered a non-toxic substance.

The ingestion of only 0.529 mg per Kg (weight) can produce nausea, diarrhoea and vomiting. Studies in rodents have found that the appearance of tumours is related to inhalation and oral exposure to antimony. For this reason, antimony is classified as a possible human carcinogen by the International Agency for Research on Cancer. Studies have also noted an increase in blood lipid levels after oral exposure, which indicates that long periods of exposure to large amounts of the substance may increase cholesterol and reduce blood sugar levels.

As with other compounds that may be found in PET bottles, such as formaldehyde, phthalates and acetaldehyde, antimony could migrate into the water in the bottle. To prevent health risks, current legislation establishes migration limits for these compounds based on the recommendations of expert scientific committees. Concentration limits for antimony in Europe are 5 μg/L (Commission Directive 2003/40/EC, Commission of the European Communities), while in the United States they are 6 μg/L.

The amount of antimony used in PET preparation ranges from 100 to 300 mg/Kg, so a 1-litre bottle can contain 3-9 mg of antimony. This high amount implies that the limits mentioned above can be exceeded if total migration occurs. For this reason, research has been carried out to assess migration or leaching of this substance from PET bottles into the beverage they hold.

Studies have been done on the effect of factors such as storage time, temperature, exposure to sunlight, the pH of the beverage in the bottle and PET manufacturer. The studies show that antimony leaching is higher at higher temperatures, e.g. exposure at 80ºC for 48 hours increases antimony concentrations from 0.2 μg/L to 7.8 and even 9.7 μg/L, which are well above amounts considered safe (5-6 μg/L). In terms of storage time, leaching was observed to increase rapidly on first contact between the bottle and the beverage but remained constant the rest of the time. The range of pH was 6-8, which is common for drinking water. This factor does not affect leaching. However, the dissolution rate of antimony in sparkling water, which has a lower pH (4-5), is higher than in pure water. In a study at pH 4, the antimony concentration increased from 0.46 a 4.61 µg/L. Major differences were found regarding the PET manufacturer. For example, some studies on PET bottles found that, after storage for 600 days at 70ºC, antimony migration was below 5 µg/L. However, other studies on different bottles found that, in one week, migration levels of 5 µg/L could be reached when the bottles were stored at 60ºC and that levels of 18 µg/L could be reached at 80ºC. Therefore, of all the factors assessed, the ones with the greatest effects were PET quality, and storage time and temperature.

European legislation requires manufacturers of PET bottles for water bottling to prove that more than 5 µg/L of antimony does not migrate from their packaging into the water under foreseeable conditions of use and storage. This measure is designed to guarantee the safety of PET packaging marketed in Europe.