Will It Make the Boat Go Faster? 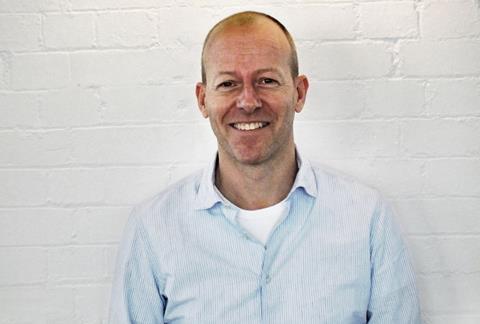 Ten thousand metres up is a strange place to be and yet here I am, sitting on a BA 747 streaking across the sky on my way to the USA on this beautiful sunny evening. It’s Pancake Day today – the day before Lent when traditionally you cook up all the bad stuff in your cupboards and fridge and eat it all in a major sugar fest before giving something up for the next six weeks. I have to say, I am a little disappointed that there don’t appear to be pancakes on the menu today on this Great British airline. So what am I giving up? Airline movies springs to mind – I’ve started four so far and finished just one – but on reflection I think what I’ll give up for Lent is doubt. It’s the modern day plague that walks just in front of you and slows you down. Doubt can be the reason why you never join the dots between the probable and the possible. Doubt is nobody’s friend – but change can be.

In this, my second regular column for Packaging Europe, I want to encourage everyone to have a look at the small marginal gains we can all make that can add up to make a significant difference. There is never a bad time to make positive changes, be they small or large, but make sure those changes are right for you, your staff and your clients. These changes may be in behaviour, in tone of voice and in how you present yourself to potential clients – rather than cost controls or workflow changes, but they may have a bigger impact on your profits. To borrow a sporting analogy from the Head Coach of a hugely successful Olympic Rowing Team: I am a big fan of making changes but will they make the boat go faster?

As an example, it’s over 20 years ago that I found myself in Australia visiting the parents of my then girlfriend and potential spouse. At that time a TV commercial was running on Channel Nine to advertise Australia’s Northern Territories as a tourist destination, and considering the area was basically a swamp, that was quite a stretch to promote! But something stuck with me from that time, and it wasn’t my girlfriend, but the strapline to the TV campaign: “If you never ever go then you’ll never ever know”. I have lived my business life by that maxim ever since.

Armed with that phrase in the back of my head and the positive psychology it provides, pretty much every business networking event I have attended or speech that I have given has been based on the premise that if you are not in the room, then you can’t meet the people. And of course you never ever know who those people might be or where they might lead you. I think it is safe to say that I would not have the network I have now if I had agreed with the little voice in my head saying, “Do we really need to go to this event?” And for those of you reading this thinking ‘I don’t have a voice in my head telling me things’, just so you know, that is the voice telling you that!

The transformation of successful business networks is littered with those people who were prepared to come together, work together and grow together. It was exactly the same when Interflora was founded in the USA over 100 years ago. A florist on the East Coast couldn’t deliver to the West Coast and a florist on the West Coast had the same issue – so harnessing their collaborative nature, they agreed to join forces and each florist delivered the orders of each other when they were addressed to each others respective geography. Far from harming their business by working in this way, it was the seed that created the largest network fulfilment flower business in the world.

How many of you have you considered working with complimentary partners to form a more powerful solution for potential clients? Personally, I think clients look at innovative suppliers in a much better light when there is a willingness on their part to bring additional strengths in to a venture to improve the proposition. They start to see the value rather than just focusing on the cost. Governments all over the world work in coalition with their political rivals. I’m not saying that’s perfect by the way, but it does keep things moving forward.

We are pre-programmed to resist change and as a result we ride out a storm for longer than sense would normally allow. Be that a personal relationship, a work situation or a living situation. It’s a human condition to attach irrational fear to situations when we are not sure of the outcome – the fear of going to the dentist or doctor is often worse than the outcome and to worry twice is to double the pain – hence why we resist the change that is often needed.

But, in that glorious moment when you make the change, you can be released into a new way of working that seemed impossible just a short time earlier. And my advice when that moment approaches – keep going! Don’t stop! Be relentless in your pursuit of the possible and you will never look back.