Why the Packaging Industry Needs to be up to Speed with Industry 4.0 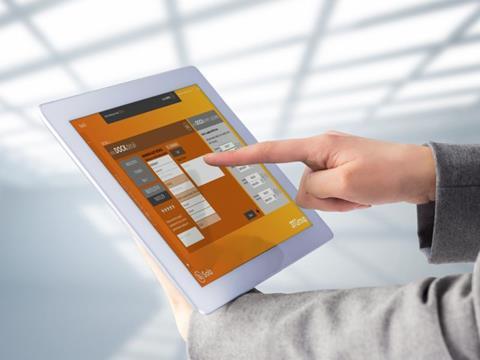 Steve Twydell, CEO of 3T Logistics, explains the impact of advances in technology brought about by the fourth industrial revolution on packaging logistics.

Industry 4.0 isn’t just a media invention or an interesting concept for IT specialists – it will affect all of us quite dramatically in both our personal and professional lives. The changes that are happening now will transform the way that we live, work, communicate and interact with each other.

It will also revolutionise the way that we make, store and transport products. As a key part of the supply chain, the packaging industry really needs to be aware of what the changes of the fourth industrial revolution are likely to be, and how these will impact on processes and profits.

A new form of intelligenceThe Fourth Industrial Revolution is all about cyber, physical and artificial intelligence (AI) technology. Professor Klaus Schwab, author of The Fourth Industrial Revolution, as well as founder and executive chairman of the World Economic Forum, states that Industry 4.0 “in its scale, scope and complexity will be a transformation unlike anything humankind has experienced before”.

If you don’t believe that think, about the smartphone for a moment. Now a part of almost everyone’s life, these devices have completely changed the way that people communicate in their personal lives. They are also revolutionising logistics in a whole range of industries, including packaging, by providing unprecedented visibility and real time information at a tiny fraction of the cost of the less sophisticated transport management systems that some packaging companies invested in just a few years ago.The smartphone is such an everyday device that despite its massive capability and impact, it doesn’t grab the headlines in the way that driverless trucks do.  But autonomous vehicles are more than just a media story; they are being tested around Europe and across other parts of the world now. When combined with the type of control systems that the transport company Uber has introduced (and this will inevitably happen), it seems certain that the efficient movement of products through the supply chain will soon require little or no human intervention.

Disrupting the transport industryAnd the experts agree. Professor Seba of Stanford University, an expert in entrepreneurship, disruption and clean energy, believes that: “We are on the cusp of one of the fastest, deepest, most consequential disruptions of transportation in history”.  He believes that the cost of insuring a driverless vehicle will be dramatically cheaper, creating a tipping point that makes them a more viable option, creating a completely different economic, transportation and vehicle model.

We have the ability to automate the majority of the physical and white collar aspects of logistics now. We already have automated warehouses (in fact, they have been around for several decades). We already have robotic pick-ups, picking, collection and loading of vehicles. The advent of driverless vehicles going to a location and smaller robots delivering to doors is being trialled. The technology is all here today – and has been for a while.

Using data to optimise transportManaging data efficiently has always been an important part of logistics. Previously managed by transport planners and their computers, the AI systems emerging from Industry 4.0 will transform the capacity of the packaging industry to process huge amounts of logistical information.  This will enable the optimisation of transport processes far beyond any human scope.

There will also be an impact on the traditional transport model of using 3PL operators. With all the advantages that the implantation of AI will bring, 3PLs are unlikely to offer the most effective transport solution in the future. Already some of the companies that we work with are starting to take back much of the work previously outsourced to large 3PLs because they now have access to affordable systems that can manage logistics processes much more efficiently for them.

The factors slowing down changeHowever, whilst the tide of technological change is unstoppable, there are still barriers affecting how quickly and efficiently that change will be adopted within the logistics industry and its partners. •    The unions will fight to protect jobs. •    Political will - votes aren’t won by destroying livelihoods. •    The government need to consider how to raise funds via tax if people are working shorter hours or earning less money? How do you tax robots? This is something that is already being considered by the various revenue and tax agencies across Europe.•    The 3PL business model requires resources and assets to mark up. More resource means more revenue. If you are reducing resources and optimising utilisation you are cutting 70% plus revenue opportunity.

However, there are issues that can act as counterbalances to these barriers of change, not least of which is the shortage of drivers in the haulage industry. People just do not want to be drivers and this has caused huge problems for the transport industry. This situation is also predicted to get worse, further driving the need for autonomous vehicles.

Linked to driver shortage is another massive issue for transport management – road congestion. Not just a source of frustration for the public, traffic congestion costs companies hundreds of thousands of pounds in lost time. As a result, the issue is also becoming a political football. Removing a substantial number of vehicles off the road is one solution.

The large scale cost reductions brought about by increased efficiency and improved delivery times will of course be welcomed by retailers and manufacturers and will have a big impact on margins. Inevitably, once one company demonstrates how this technology can increase profits, they will soon be joined by others. Already, demand for deliveries within hours as opposed to days is driving the use of different types of vehicles and robotic deliveries.

The tipping pointChange always happens more quickly when there is a real need for it. And with Brexit on the horizon, I would argue that the UK has reached a tipping point. Whatever your views on the UK’s relationship with the European Union, the packaging sector will inevitably have to be more responsive to customer need as well as more competitive and productive. And of course, anything we do successfully in the UK will also be replicated by the other European nations.

Industry 4.0 is inevitable. Being prepared for the changes that the fourth industrial revolution will bring will be key to an organisation’s survival and success in the next few years and decades. It’s happening now - so it’s time to sit down and really think about what it will mean for your industry, your business, your job and your life.