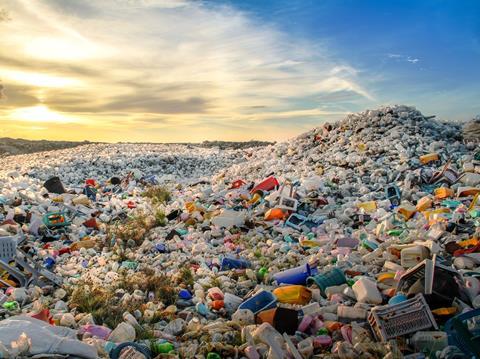 Across British media reports there has been a sea of blinkered positive coverage hailing the government’s plan to introduce a deposit return scheme, designed to “crack down on plastic pollution”, as directly quoted from the government’s press release.

The official statement is weighted down by heavy rhetoric such as “fight against plastic” and “tackle this blight”. Michael Gove comments, “We can be in no doubt that plastic is wreaking havoc on our marine environment – killing dolphins, choking turtles and degrading our most precious habitats,” confirming his polarised position against plastics.

Libby White puts forward a balanced look at the industry's response to the announcement, which overall welcomes the scheme but calls for collaboration and warns of the possible shortcomings.

The Environmental Services Association, positioned in the UK’s resource and waste management industry, welcomes the government’s plans but said it will need to work with other policies.

“ESA welcomes the Government’s continued leadership on recycling. Any new Deposit Return Scheme will need to be considered in the context of the upcoming Resources & Waste Strategy to ensure a package of measures that helps the UK achieve its stated aim of becoming a world leader in resource productivity, while also tackling littering.

“The biggest priority for the recycling industry remains greater support for end markets for recycled materials. There is no point recovering all this material if there is nowhere for it to go, and particular consideration is needed for material left to be collected at the kerbside if a DRS system is introduced. Targets for recycled content in products and packaging would provide a welcome boost for the sector and would enable us to recover more value in the UK whilst reducing our dependence on overseas exports to recycle the rubbish we throw away each year.”

“This is huge news for the drinks market and grocery retailers but, as we’ve seen with the likes of the sugar tax and 5p plastic bags, the implementation of this scheme will be key to its success or failure. Deciding on the right deposit amount and which consumption channels to place deposits on is essential: if the deposit is too big, it risks putting consumers off; too little and, as with the plastic bag scheme, it won’t have much of an effect.’

‘‘Putting the deposit on all packs could create chaos on our high streets, as grocery retailers may become involved in collecting and moving billions of used packs each year. The focus needs to be on single-use ‘on the go’ packs rather than ‘take home’ formats like multipack cans, so that volumes going through the deposit and return scheme can be effectively managed and existing kerbside collection schemes will not be undermined. A decision to include the likes of single-use glass and metal cans in the scheme also prevents a mass consumer migration away from plastic to other packaging materials.”

Michelle Carvell, director and COO at specialist environmental reporting provider, Lorax Compliance, supports the decision but advises that the government should take direction from companies with authority on the compliance process.

“We are pleased the government is keeping the UK’s plastics challenge high on the environmental agenda in launching proposals for a national deposit return scheme for drinks bottles and cans in response to business and consumer demand.

“The use and application of plastics has never been higher in consumer consciousness than it is today. Many companies are identifying new ways to satisfy the growing environmental compliance expectations of their customers. A number of firms have already investigated how they could introduce plastic bottle deposit return schemes into their business model.

“In doing so, businesses have been reviewing how they can go beyond existing EU extended producer responsibility (EPR), which requires companies to pay fees for the amount of waste they place upon the market, to meet the demand. Bottle deposit return schemes fall under EPR legislation, but a direct introduction represents a desire for greater business accountability in plastics recycling and reuse.

“We believe the government’s launch represents the changing face of environmental compliance, and that this scheme signifies the first of many that could be formed in response to business and consumer demand.

“In order to assure that this and any future schemes are fully comprehensive, we recommend that the government works closely with businesses to clarify the role and responsibilities of the companies involved within the compliance process.”

“To truly lessen our environmental impact as well as improving the culture of recycling, there is still plenty to do. For instance, we would like to see manufacturers awarded incentives for including a significant percentage of recycled content in their product. This will accelerate demand for recycled material.

“Increasing recycling rates is an ambition we all share, but we must see collaboration between designers, reprocessors, consumers and manufacturers in order to realise it. We view waste material as a vital commodity, something to harness and repurpose into new product, giving it a second, third or fourth life. When manufacturers start using a considerable amount of recycled content in their products, this will be the turning of the tides we’ve all been waiting for.”