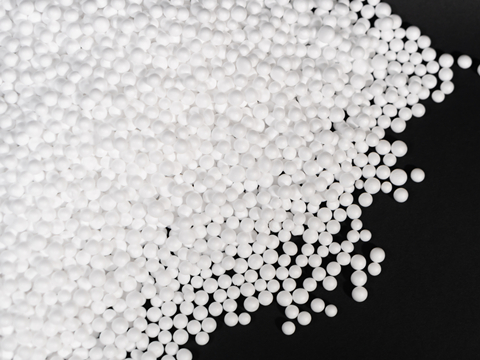 Styrenics Circular Solutions (SCS), a value chain initiative that seeks to increase the circularity of styrenic polymers, says that it has successfully demonstrated that polystyrene is mechanically recyclable to food contact standards.

In cooperation with the Fraunhofer Institute, SCS performed so-called “challenge tests”, which reportedly confirmed the high cleaning efficiency of the mechanical recycling technology for polystyrene to remove impurities originating from waste streams.

These results enable the first application for an opinion of the European Food Safety Authority (EFSA) on the use of recycled polystyrene (r-PS) as food contact material.

With the aim of consistently achieving the high purity levels in polystyrene recyclate needed for food contact materials, the “supercleaning” technology of machine manufacturer Gneuss was used during the mechanical recycling process.

Its ability to handle post-consumer polystyrene waste from food contact packaging was stress tested and challenged by adding impurities under worst-case assumptions.

According to SCS, the challenge test revealed the “very good” cleaning efficiency of the technology used, leading to “excellent” purity levels of the r-PS. This result is apparently supported by the intrinsic properties of polystyrene being a low diffusion polymer, which prevents any waste impurities from entering into or migrating through the polymer matrix.

It is SCS’ view that the resulting quality of the r-PS provides producers of packaging for the food industry with the utmost flexibility, as it can be used in their existing industrial production processes such as extrusion and thermoforming.

Members of SCS delivered the proof of concept that mechanically recycled polystyrene can serve as a drop-in solution in form, fill and seal (FFS) production lines. Multiple variants for packaging are reportedly possible: single layer, co-extrusion of the r-PS with virgin polystyrene, or use of the recyclate as a middle layer between virgin polystyrene (A-B-A).

Jens Kathmann, secretary-general of SCS, comments: “This is a huge milestone in styrenics' contribution to the circular economy. Recycled polystyrene of food-grade quality combines all the well-known application, processing, and environmental advantages of polystyrene, with the added value of being a fully circular polymer.

"This is a great attraction and value for the market. We are delighted to take the next step by filing our application with EFSA for food contact acceptance.”