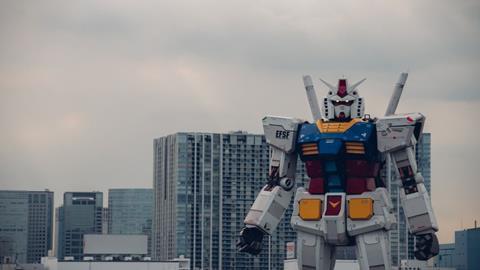 Elisabeth Skoda speaks to three industry leaders to find out more about how robotics and automation help tackle today's challenges.

In the autumn of 2020, Japanese engineers presented a 18 metre-tall, 25-tonne heavy humanoid robot that could walk, wave its hand and even take the knee. This giant Gundam robot was inspired by a 1970s anime series that subsequently evolved into a multi-billion-dollar franchise.

The technical challenges that had to be overcome to achieve this kind of movement were immense, given the weight and size of the robot. On a smaller scale, robots have been a key part of the packaging industry for decades, and while advances maybe have not been as spectacular as Gundam, they are just as impressive.

“The latest advances to fully integrate industrial robots into the automation system – enabling the capability to have a single brain to control both worlds – is proving to be crucial for the packaging industry, especially for highly automated lines. Also, over the years robotics technology has become more affordable and versatile, meaning they are increasingly being implemented in many industries beyond the traditional automotive sector. Alongside the development of AMRs (autonomous mobile robots) and cobots, this means manufacturers can improve the operations in areas like end of line packaging, co-packing, intralogistics or order fulfilment that were previously not considered as applications ready for robots.” 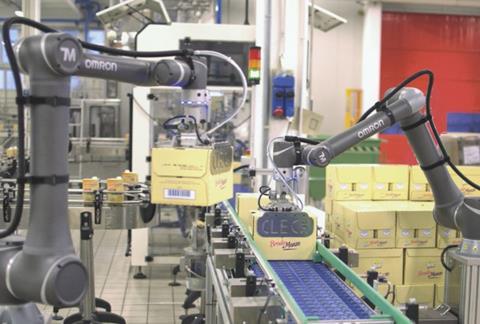 Robots to the rescue when adapting to the COVID-19 challenge

2020 was marked by the COVID-19 pandemic, and Ms Torres has observed that the pandemic has worked as an accelerator for the industry.

“This pandemic has proven that the manufacturing industry in general is still very dependent on manual human labour, but not necessarily the type of value-added tasks humans deserve and do best. The pandemic has deeply disrupted manufacturing operations and not all industries were well prepared to shift from a fully on-site model to an increasingly remote operation. COVID-19 only accelerated the adoption of automation and robotics technologies, which have proved to be the answer to build resilient businesses in this crisis.”

Mr Loughran notes that the crisis has focused companies’ minds on how they plan their machines for the future to be a lot more resilient to whatever challenge arises.

“A big part of resiliency is agility, and that resiliency will drive a rethink in how people design machines and use robots within them."

Some of the advantages of cobots really have come to the fore during the COVID-19 crisis, enabling companies to maintain their levels of productivity while still enabling workers to maintain social distancing, Mr Schlüter points out.

“For example, where two operators might previously have worked side by side, now they can be more easily separated, with the cobot forming the interface between the two and supporting both workers. Further, mounted on trolleys, cobots can be flexibly deployed in many different tasks around the plant floor, with different tasks enabled simply by selecting the appropriate program.”

Looking to the future

“Mitsubishi Electric continues to focus on easier programming, while at the same time integrating self-optimization technologies to calculate the best motion path on-the-fly.”

Mr Loughran predicts that the digital thread will become even more important from the concept and design stage across the entire machine life cycle.

“More focus will be put on product lifecycle management, and the emphasis will not just be on selling a machine or a robot, but also a service. This servitization of machines and robots requires agility. Customers will expect seamless, frictionless integration. On top of that, we'll also see an increase in remote connectivity and support, thus being able to monitor and provide feedback not just on performance but likelihood of failure, and take corrective action before it happens. At Rockwell Automation, we are always working with our packaging machine customers to be more secure, productive and more efficient.”

Ms Torres points out that the 4th industrial revolution has opened new horizons for industrial automation.

“For robotics, this happened faster than we thought. Sensorization and machine learning are getting us increasingly closer to the autonomy required to make decisions that is associated with the factory of the future. But we are still at the start of the journey; we’re not yet at the stage of realizing the fully autonomous machine/robot we have seen in fiction films, as high-level functions remain solely human tasks. But our developments are always in line with the words of our founder Kazuma Tateishi: ‘To machines, the work of the machines, to humans, the thrill of further creation’.”