Reinhold Franke Joins the Board of RKW Group 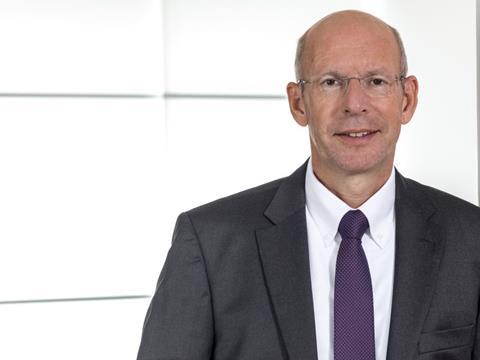 The Supervisory Board of the RKW Group has appointed Reinhold Franke (57) to the RKW Executive Board, with effect from September 1, 2017.

A graduate in business administration, Franke has decades of experience in the sales and marketing of plastic films and flexible packaging. He takes over the tasks of Board member Matthias Kaufmann, who left the company on August 31, 2017.

Reinhold Franke is RKW Group’s new Head of the Packaging Division of the RKW Group, which develops and produces film solutions for consumer and industrial packaging at five locations in Europe and Asia. In common with his two Board colleagues – CEO Harald Biederbick and Dr. Manfred Bracher – he thus assumes responsibility for one of the three divisions of the RKW Group.

Franke’s areas of responsibility also include Group marketing and communications, as well as research and development, sustainability and new business development. In carrying out his new tasks, Franke can draw on extensive experience. Since the start of his career in 1985, he has been continuously active in the sales and marketing of plastic films and flexible packaging.

He began his career with Haendler & Natermann. For many years, he worked internationally for Nordenia as Head of Sales in the Netherlands and the USA. In 2012, as President and COO, he assumed overall responsibility for Nordenia USA Jackson. Following the acquisition of Nordenia by the Mondi Group, Franke moved to the Verpa Group, where he was responsible for setting up its US business.

“In Reinhold Franke, we are delighted to have found an experienced manager with extensive international experience in the plastics industry. His leadership strength combined with enthusiasm and dedication to his tasks will certainly enrich the RKW Group,” commented Dr. Rudolf Wehrli, Chairman of the Supervisory Board of the RKW Group.