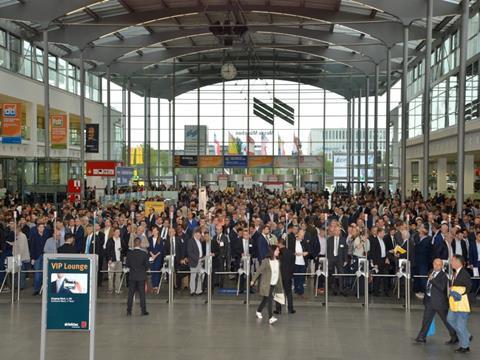 As drinktec 2017 is underway, there are signs of very good post-fair business and good market trends in general.

Every one in two visitor to drinktec is planning to increase investments at their company in the next twelve months—by an average of 23.7 percent. 45 percent of visitors are planning a constant volume of investment, while only 6.2 percent intend to invest less. That is the result of a representative survey of registered visitors to the trade fair in 2013 and 2017.

It is good to see that investments are increasing from what is already a very high level. According to 50 percent of drinktec visitors, their current investment activity is above average compared with previous years. In contrast, only 10.8 percent of the companies surveyed currently have a below-average level of investment.

The survey shows that the strongest growth is expected in production and manufacturing. In concrete terms, that means that far more is being invested, especially in plant and machinery, than in the past twelve months. Moreover, every one in three visitors to drinktec believes that their investments in marketing, research & development and sales will grow in the coming twelve months.

The largest fields of investment named by drinktec visitors after plant and machinery (48.4%) are in particular personnel (10.8%) and land and buildings (10.6%). What consumer trend is driving investments most of all? Every third respondent believes that is the trend toward craft beer and microbreweries while one out of four visitors to drinktec states that aspects relating to sustainability and the environment have a strong influence on their investment decisions. The trends toward customizing as well as natural, healthy raw materials and beverages were also frequently cited.

According to visitors to drinktec, the main trends impacting capital spending in the manufacturing area are increasing automation of production and the issues of energy efficiency and recovery.

To conclude the survey, visitors to drinktec were also asked about the greatest challenges currently facing their business. 43.7% cited growing price and competitive pressure, while 32.7% named developing new markets. The issues of quality assurance, expanding the product portfolio and the shortage of skilled workers were cited particularly frequently.

Dr. Reinhard Pfeiffer, the Managing Director of Messe München who is responsible for drinktec, summarizes the survey as follows: “The fact that every one-in-two visitors to drinktec expects their company to increase its capital spending significantly is naturally good news for our exhibitors. That also shows that drinktec itself helps drive investment. Many companies are waiting to see what innovations drinktec has to offer before making investment decisions.”

The survey, which was launched by the Market Research department of Messe München, was held in July 2017. A total of 871 visitors to drinktec 2013 and pre-registered visitors to drinktec 2017 were surveyed. All the respondents have a key influence on their company’s capital spending or are very well informed about it.44% of the respondents’ companies are based in Germany and 31% in other European countries. Around half of the companies they represent have more than 500 employees. 46% of the companies make beverages and liquid food, while 24% produce plant and machinery.

drinktec, which is held every four years, is regarded as the innovation and investment platform par excellence in the beverage and liquid food industry. Trade visitors from around 180 countries travel to Munich to learn more about innovations, specifically in mechanical engineering and plant construction, and to prepare and invest in those fields. Visitors to drinktec, who include manufacturers of beverages and liquid food of all kinds, represent a cross section of the industry, which means the study’s results are valid and insightful for the industry as a whole.