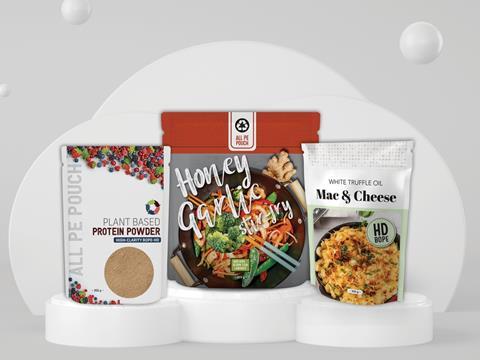 In addition, orientated film structures allow easy-to-recycle, all-PE packaging to replace traditional mixed material packaging that is not recyclable, according to NOVA Chemicals. The company adds that orientated films are ideal for use in food packaging, heavy-duty shipping sacks, e-commerce, and other demanding applications.

“Being able to produce HDPE-based oriented films is a significant step towards our industry’s goal of 100% recyclable packaging.”

Bill Pardo, food packaging market manager at NOVA Chemicals, adds: “According to our April 2022 consumer survey on plastics, packaging and sustainability, half of consumers aged 45 and under reported deliberately purchasing products because the package included a made from recycled materials label.

“This research further supports our focus on oriented PE films for recyclability.”