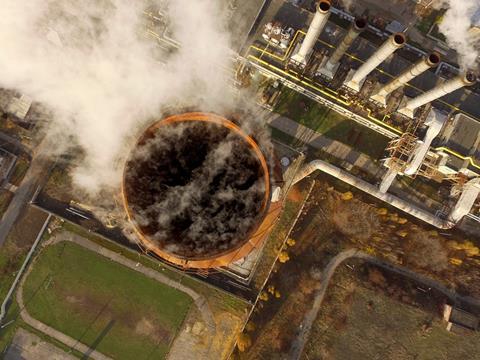 Over 200 industry leaders have expressed their support for the Mission Possible Partnership (MMP)’s strategies to decarbonise the aviation, trucking, shipping, and steel industries within the decade.

With the new plans announced at New York Climate Week, the Sector Transition Strategies (STS) are set to produce near-zero emissions materials such as aluminium and steel – the industrial production of which, alongside ammonia, constitutes around 17% of greenhouse gas emissions worldwide.

Matt Rogers, CEO of MPP, states: “These transition plans are operationally relevant and industry-backed, not wishful thinking or pie in the sky. We know how to reduce emissions, initially deploying resources and technology available today.

“The imperative is to act now, in this decade: we’re working with industry, supply chains and finance to deliver the clear thinking and asset-by-asset plans to make net zero viable”.

“Support for these strategies from more than 200 industry leaders sends a signal of hope: companies around the world are committed to invest at scale for a net zero-emissions economy,” added Faustine Delasalle, vice-chair of the Energy Transitions Commission (ETC), a founding partner of MPP. “The data developed by ETC with MPP partners will inform targets and actions from companies in key value chains, as well as financial institutions and governments – and helps all of us to keep decision-makers accountable.”

Each STS aims to deploy available technologies by 2030, with the report setting specific requirements for clean energy, new or retrofitted industrial plants, and policy reform to meet sectoral carbon budgets as per the Paris Agreement’s aim to lower global warming to 1.5 degrees above pre-industrial levels by 2050.

MPP predicts that the commercialisation of net-zero technologies could cost up to $200 billion every year – supposedly suggesting that the demand for hydrogen, natural gas and clean electricity are set to rise dramatically, where coal power will fall out of favour.

With the steel sector set to emit a cumulative 37 gigatons of carbon by 2050 at the current rate, increasing access to near-zero primary steel is proving to be vital. MMP’s STS for primary aluminium also suggests that using the mineral would reduce emissions by 95%, resulting in clean power, improved material efficiency, and recycling at a cost of $1 trillion.

According to Abdulnasser Bin Kalban, CEO of EGA, “Aluminum plays an essential role in decarbonisation economy-wide, but it also matters how aluminum is made. Decarbonising aluminium by 2050 requires rapid and proactive cooperation with other sectors, from developing more renewables to designing final products that are easily recyclable. The Mission Possible Partnership’s roadmap will help us achieve this great task.”

Sanjiv Paul, vice-president for Safety, Health and Sustainability at Tata Steel, expressed his agreement: “This strategy has laid down the challenges for the steel industry to decarbonise. We are collaborating with suppliers, downstream partners, start-ups, academia, and communities within our area of influence to work towards mitigating the threat of climate change”.

The additional reduction of ammonia is backed by CF Industries, BASF, SABIC and Yara. Strategies to decarbonise the sectors of concrete and cement and chemicals are set to be released later in the year.

We previously spoke to MPP’s Anthony Hobley about the alliance’s decarbonisation efforts; he told us that aluminium currently accounts for 2% of global emissions, with the introduction of zero-carbon electricity, recycling, and such technologies as non-carbon anodes expected to drive that figure down exponentially.