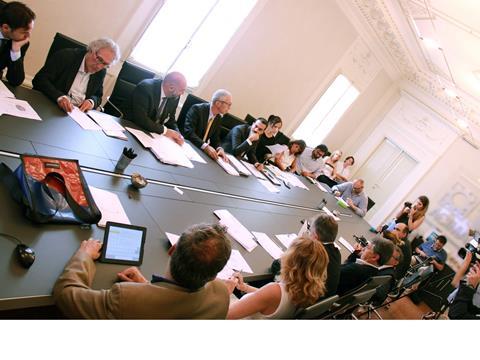 The domestic Italian market has seen an excellent performance with 10% growth in turnover to more than 1.3 billion euros.

Food and Beverage are the main outlet sectors.

The Italian packaging machinery industry is bursting with health. According to data collected by the research department of UCIMA (the sector’s Confindustria-affiliated trade association), all the sector’s main indicators showed strong growth at the end of 2016.

The Italian industry maintains an extensive presence in international markets and is contending the leadership in innovation and market presence with German companies. One machine out of every five sold worldwide is made in Italy.

The European Union remains the most important market, accounting for 37.2% of total turnover (1,969.8 million euros). Asia is second with a value of 1,236 million euros and a 23.4% share of turnover.

Italian domestic sales are continuing the positive performance of recent years, with a further boost provided by the government’s Industry 4.0 incentive scheme launched in the second half of last year. The 9.8% growth in 2016 was followed by a further 6.5% upturn in the first quarter of the current year.

As for the breakdown of turnover amongst the various client sectors, food and beverage maintained its dominant position in 2016 accounting for 57.4% of total turnover.

Even taken individually, the two sub-sectors head the rankings. Food was the largest client sector in 2016, making up 29.8% of total turnover (1,970 million euros) and with an export share of 75%.

Beverage was second with 27.6% of total turnover, with exports making up 85% of the segment’s sales.

At the bottom of the rankings are the cosmetics and chemicals segments with turnovers of respectively 271 million and 268 million euros and amongst the lowest export percentages, 74% and 77%.

Cosmetics is the segment with the largest share of Italian sales (26%), while beverage is the most strongly export oriented (85%).

The structure of the sector

The Italian packaging machinery sector reflects the structure of Italian industry in general.

66.4% of companies have revenues of below 6 million euros and account for just 9.7% of the sector’s total turnover.

The 51 largest companies (with turnovers above 25 million euros) account for 68% of the sector’s total turnover.

“We are very confident that in 2017 our sector will maintain the growth trend that has been under way for several years,” said UCIMA’s Chairman Enrico Aureli.

“The initial data available for the first quarter of the year reveal 13% growth in the sector’s turnover,” he added.

“We are very pleased with the contribution made by Italian domestic sales. Thanks to the Industry 4.0 incentive scheme we have seen 6.5% growth in the domestic market.

“Moreover, the forecasts of our Research Department point to average annual growth in packaging machinery sales of 4.8% over the three-year period 2017-2019.”