Is Sustainable Packaging the Key to a Circular Economy? 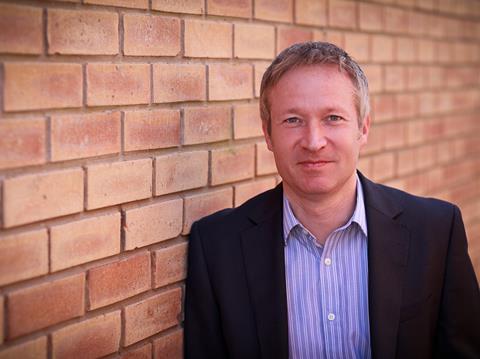 Fostering a more 'circular economy' is seen by many as critical to paving the way for a sustainable future - according to Phil Davidson - senior manager for sustainability Europe and Asia at HAVI. It remains a highly political issue that dominates the national news agenda and has implications for policy-setters, businesses, employees and future generations alike. Not only is it key for a sustainable economy, but it also makes business sense: The Ellen MacArthur Foundation predicts global savings from circular economy development could exceed $1 trillion by 2025.

It remains a highly political issue that dominates the national news agenda and has implications for policy-setters, businesses, employees and future generations alike. Not only is it key for a sustainable economy, but it also makes business sense: The Ellen MacArthur Foundation predicts global savings from circular economy development could exceed $1 trillion by 2025.

The latest WRAP report on household food waste in the UK shows that our collective ambition for a circular economy is more important than ever. In 2015, there was 7.3 million tonnes of household food waste in the UK, compared to 7.0 million tonnes in 2012 - a 4.4% increase. While this increase is not large, it displays that not enough has been done to combat the waste. With food waste, comes the waste of the packaging the food came in, further creating waste.  The waste of food goes hand in hand with the waste of packaging, resulting in a significant cost to the environment and the economy. While the aim of a circular economy is a bold one to have, it is important to understand the initiatives that have been suggested already.

From a policy perspective, this sits alongside the European Union's ambitious Circular Economy Package, which aims to foster better partnerships between government and industry. The package includes new legislative proposals that the European Commission hopes will help "stimulate Europe's transition towards a circular economy, which will boost global competitiveness, foster sustainable economic growth and generate new jobs."

In addition to this package, the UK has already seen a plastic bag charge implemented in supermarkets. Similar initiatives are being proposed to continue on this path to sustainability. For example, the 'pay-as-you-throw' approach suggests charging for household waste collections, based on the amount of waste produced. As a recent report from Green Alliance outlined, these charges could be introduced as a way of encouraging consumers to pay more attention to the rubbish they throw out, and more broadly to their consumption and waste disposal habits. While this approach is seen by some as similar to the recently introduced plastic bag charge in the UK, it is still up for debate as to whether legislation will be introduced at a national or European-wide level.

And while a pay-as-you-throw charge might force consumers to really think about how they treat household waste, this doesn't address the root cause of the problem. In order to nurture a truly circular economy, and for households to create less waste, the process up to point of consumption should be just as sustainable. To support this, many organisations are looking at supply chain sustainability as the first step. In doing so, every business should assess its own supply chain and think about how a circular economy approach could be embraced - from using analytics to more accurately predict demand, through to better inventory management and environmentally ethical shipping. For instance, Sky now ensures that satellite boxes can be re-used and claims to be saving £7 million a year by repairing and refurbishing satellite boxes instead of disposing them. Moreover, Asda now helps suppliers find ways to use resources more efficiently, helping suppliers save over £4 million in one year and protecting its future supply chain as a result.

Looking even earlier in the chain, packaging will play a fundamental role in supporting a circular economy. If less material is used in the product creation, there is less to dispose later. Companies' new approaches such as flexible packaging and intelligent, 'active' packaging are early examples of this. A number of large, global businesses have begun exploring opportunities to transform packaging scraps and waste into regenerated packaging material, and in some cases, harnessing the produced waste and repurposing into the production of packaging and products. In order to put the circular economy into practice, there needs to be a new beginning for one product that comes from the end of another.

More fundamentally, though, infrastructure remains a core issue. Despite the efforts of many to use innovative new materials, new forms of packaging and more sustainable supply chains, recycling restaurant packaging remains a significant challenge due to the mobility of the product. In the UK, systems do not yet exist on a national basis to recycle foodservice packaging. Typically, foodservice packaging leaves restaurants and is disposed of outside of the restaurant. The current systems fail, as many residential recycling programs do not currently accept foodservice packaging.  Solving this problem requires continued research to develop recyclable material for food transport followed by establishing industry standards. And, perhaps most importantly, developing the necessary infrastructure to make this possible.

To support the goal of 100% recyclable packaging, industry needs to continue to develop technologies that will underpin a circular and 100% sustainable economy and continue to make changes to ensure that consumers will no longer question which products can be recycled and which can't. In the short term, consumer education and initiatives like pay-as-you-throw can make a difference, but the long-term goals can only be achieved with the cooperation of industry, government and educated consumers.