From Freezer to Fire 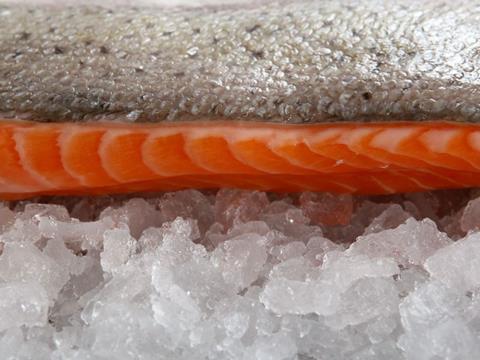 Efforts to extend the life span of foods have a long history. Ancient tactics relied on nature to prevent food from rotting — freezing meat in arctic conditions and drying fruits in the tropical sun are just two examples.

Freezing is among the most obvious of food preservation methods and was established in its modern form around 70 years ago. In 1930, Clarence Birdseye made practical, frozen foods a reality with the invention of the double belt freezer —that’s right, Captain Birdseye himself. However, it wasn’t until the 1950s and the rise of the TV dinner that frozen food became a staple.

Despite the popularity of frozen foods, misconceptions about the safety of eating defrosted food is contributing to huge amounts of food waste. According to the Food Standards Agency, British households are responsible for seven million tonnes of food waste each year. Of 1,500 people surveyed by the agency, 38 per cent incorrectly believe that food could become unsafe to eat in the freezer. This simply isn’t true.

The Food Standards Agency revealed that the freezer should be considered as a ‘pause button’ for food. While there are arguments that suggest freezing food can damage taste and texture due to damage from ice crystals, these products can be safely frozen at any time up to their use by date. But, how can food manufacturers minimise the deterioration of quality in their food products, should their customers choose to freeze them? The answer is packaging.

One of the potential reasons for Britain’s colossal food waste is uncertainty about what kinds of packaging will successfully preserve the taste of food. Some supermarket meats are wrapped in thin plastic film which is permeable to air. When stored in a freezer, this plastic wrap will be subject to freezer burn. While the meat will still be safe to eat, the extremely dry air of the freezer can dehydrate the meat, causing the quality to deteriorate. That said, meat sealed in vacuum packaging or modified atmosphere packaging (MAP) can be stored safely for a long period of time, without the risk of freezer burn.

Aluminium foil packaging is another popular option. The material acts as a barrier to light, gases and liquids and most food and drinks have no adverse effects on uncoated aluminium. Therefore, there’s a low risk of contamination or deterioration to the product once it’s in the freezer. What’s more, unlike rigid plastic trays, aluminium does not become brittle or shatter under intense freezing conditions, lessening the risk of dehydration.

Aluminium trays also offer the potential to cook the food directly from the freezer, without the need to unpack or prepare the product. The material can resist a wide range of temperatures. While there’s no risk of cracking in the freezer, the trays can be placed straight into a red-hot oven. For example, Advanta’s Wrinklewall aluminium trays are unaffected by extreme temperatures and can withstand anything from minus 40 degrees Celsius, right up to 400 degrees Celsius.

By nature, food begins to spoil the moment it is harvested. For food manufacturers, maintaining the quality and taste of products when frozen should be a top priority when producing it and selecting its packaging. Considering our historical efforts to preserve foods — from prehistoric methods of freezing and dehydrating to more novel, Victorian efforts, like canning, pickling and curing — freezing food for preservation should be a standard practice to reduce food waste.