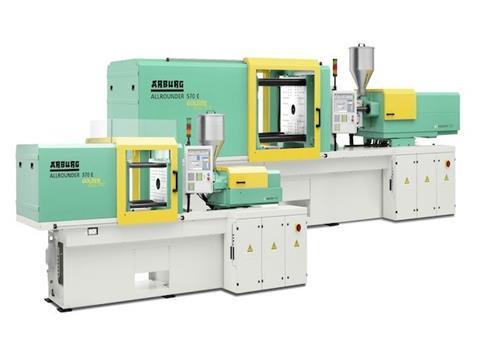 At the Plastpol 2017, to be held in Kielce (Poland) from 23 to 26 May 2017, Arburg will demonstrate the cost-efficient, automated production of quality parts on Stand E25 in Hall E. Two Allrounders from the fully electric Golden Electric machine series will produce telephone cradles and sleeves for droplet irrigation systems. The handling tasks will be performed by robotic systems from Arburg – an Integralpicker and a Multilift Select. The performance capacity of the Arburg automation solutions will also be demonstrated in a "Robots in Action" presentation area.

"This year, we are celebrating our silver anniversary to mark '25 years of Arburg in Poland'. We are proud of the fact that we have been here for our customers with highly qualified personnel for two and a half decades," says Dr Slawomir Sniady, Managing Director of Arburg Polska Sp. z o o. "The main focus at the Plastpol 2017 will be on two Allrounders from the Golden Electric series, which are designed for the cost-effective production of complex plastic parts. The two exhibits, as well as a playful 'Robots in Action' presentation will also demonstrate the performance capacity of our automation solutions."

In the "Robots in Action" presentation area, Arburg will also demonstrate its standardised control system philosophy and wide range of automation products. All robotic systems are programmed via the Selogica user interface. At the Plastpol, an Integralpicker V, a linear Multilift Select and a six-axis robot will guide model agricultural vehicles around an obstacle course. The Integralpicker V is particularly well suited for high-speed pick&place movements, while the Multilift V linear robotic system ensures that long distances are covered in a dynamic manner. The six-axis robotic system is ideally suited to 3D movements. The three automation units communicate with one another via peripheral-equipment interfaces.