Virgin plastics production is still heavily subsidized and invested in and companies, even those with the best intentions, look at their bottom line. So how can the most sustainable solutions also become the most financially attractive one that draws in investors? 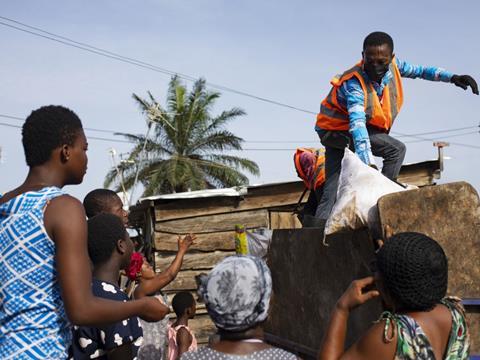 To explore answers to this question, Elisabeth Skoda speaks with Kristin Hughes, director of Resource Circularity at the Global Plastic Action Partnership (GPAP), a multi-stakeholder platform hosted by the World Economic Forum. The partnership sets out to bring together governments, businesses, international organisations and civil society to translate commitments into meaningful actions – both on a global and a national level.

Despite their functional benefits, plastics have been considered somewhat of a ‘problem child’ in the family of packaging materials, not least due to the very visible issue of plastic pollution. Across the packaging value chain work is being done to create a circular economy and tackle the problem of plastic waste. While virgin plastic use appears to have peaked according to findings by the Ellen MacArthur Foundation, progress is still slow. So how do we address this?

ES: Everybody talks about the importance of creating circular, sustainable economies across the globe. Virgin plastics often still are the material of choice – why do you think that is?

KH: In 2021, the Minderoo foundation published a report on investments into virgin plastic, showing who the top virgin plastics producers and investors were. So how can we help those financial organizations considering investing in recycled plastic? We have observed that the price of virgin plastic does not reflect its environmental cost. Feedstock for plastic, for example, is heavily subsidized and invested in both by governments and private investors, which makes it cheaper. Companies that use plastic look at their bottom line and go for virgin plastics. A shift here is really crucial. If brands and investors in the plastic value chain could consider different investments that enable them to act earlier and establish partnerships and infrastructures that can deliver on recycling objectives whilst also not losing out on their own investments, that would be a terrific shift.

ES: Why is virgin plastics being subsidized and invested in that much?

KH: There’s a long history of investment in that area, and sometimes that is difficult to break and tough to shift. It’s like having a massive tanker at sea. You can only turn it round slowly.

The challenge is: Why would somebody invest in something new when they have a tried and tested area of investment that gives rich returns. There are a lot of different steps we need to think about to make that shift happen. One step could be policies. Governments could set the stage for ways to attract long term investments and stimulate interest. At GPAP are working with policymakers to think about where the roadblocks are for investors to shift away from virgin and more into recycled plastics.

It’s a chicken and egg situation. There are tangible financial opportunities that can catalyse policy change, but we also need favourable policies to incentivize and catalyse investment, including through blended finance. Once somebody makes the first step, that opportunity and momentum will grow.

GPAP has launched a publication called Unlocking the Plastic Circular Economy: Case Studies on Investment, a suite of case studies that show how policies can stimulate investor interest and how that interest could also support broader policies – a virtuous cycle. Renewables are cited as an example. Investors were hesitant a decade ago, but as soon as one firm started to invest and governments created an enabling environment, investment and return on investment followed. We’re looking to try to create that same momentum and shift to circular plastics.

ES: Could you give me some examples of successful policies that have already made a difference? 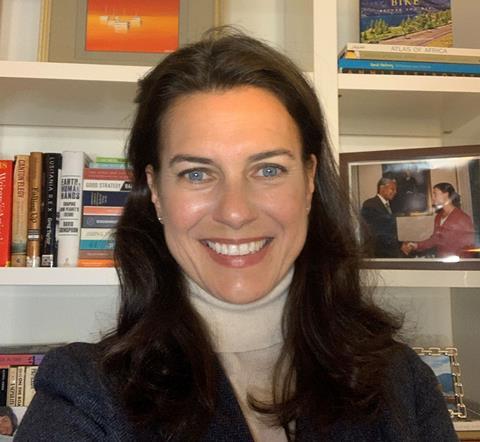 KH: National governments can signal their stance on plastics to the markets and indicate that they’re also going to take on some of that risk themselves. GPAP works predominantly in the emerging markets, by investing in management infrastructure. For example, in Indonesia, with our first flagship pilot project, the National Plastic Action Partnership, we worked directly with the government to try and coordinate policy initiatives with stakeholders across the value chain to achieve the goal of reducing marine plastic leakage by 70% by 2025 and achieving near-zero plastic pollution by 2040. Plastic producers and recyclers are noticing that there is momentum. Thanks to government engagement they’re starting to take action.

Business as usual cannot be sustainable. We’re helping Indonesia to shift to a circular economy and to break down some of the barriers to new investment.

Similarly, in a few other countries, EPR schemes are being created and promoted. We are keen to make sure that funds out of these EPR schemes are coming back to support the circular economy rather than just raising funds for the treasury. The money should go back into the circular economy space for innovation - upstream for business models and downstream with collecting, sorting, recycling and support for the informal sector, which often goes unsupported, but has an important role to play.

We naturally look downstream toward recycling. But it’s equally important to look upstream, not just at the source of virgin plastics but at the innovation needs and consider what materials can work as substitutes for plastics, or if there are single-use plastics we simply don’t need any more.

ES: What are the roadblocks to rolling these types of initiatives further worldwide, and how can these roadblocks be overcome? 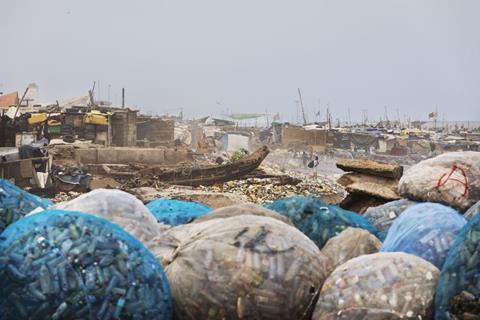 KH: Governments are always thinking about which policies to prioritise and where to invest first. We as the Global Plastic Action Partnership, through the publication that I mentioned above, are identifying gaps when it comes to unlocking the plastic circular economy and trying and find solutions to help governments prioritise plastic pollution, from an investment point of view, but also developing the right policy frameworks that incentivize investment into that space.

We recognize that bringing project-level investments up to scale is still a huge challenge. But we have worked with companies such as Coca-Cola, SUNREF and UBS, who have invested and seen a return, not just on a corporate social responsibility level. But of course, opportunities for investments at scale have to be ramped up even further. I’m convinced that we have a triple bottom line opportunity here where we can help the planet as well as maintain economic growth and positive returns.

Like I mentioned before, where there is one investment, others will start to follow. Some smaller organizations, such as Circulate Capital and the Loop Alliance are making small, targeted investments and are seeing returns, but we want to get the traditional investors on board to invest at scale.

ES: In November this year, heads of state, ministers of the environment and representatives from 175 nations have backed a UN resolution to end plastic pollution and create a legally binding agreement on plastic waste. What are your thoughts on the immediate/more long-term effects of this?

KH: Just getting to the point where you’re tabling a treaty can take many years, so it was fantastic to see these nations come together and rally behind a UN treaty on plastic pollution and a legally binding agreement that they have to finalize by the end of 2024.

We only have two years to shape something meaningful. More than anything, what’s exciting is that this has put plastic waste high on the agenda, and we know that there is a big economic opportunity for financial institutions and governments.

The Global Plastic Action Partnership has been working to create a tool that allows governments to assess their plastic waste flows and create national action plans, and that’s a big part of what’s already being discussed in the treaty. We’re hoping to be able to help more and more countries as part of the treaty, develop national action plans and identify financial opportunities. It’s clear that now more than ever international cooperation can only be achieved if it’s built on a foundation of trust, alignment, and a shared vision, and we want to bring all of that together. By delivering this ambitious global agreement, we believe not only does every part of society have a role to play, but we have a huge opportunity to connect the dots.

We know that the linear approach won’t work any longer. The treaty encourages collective action. We’re looking to share our insights from our successful pilots and the strategies we’ve outlined already with other countries as they go through the treaty process as the next years unfold.

We see ourselves as very well positioned to continue to build out that multi-stakeholder approach through a neutral inclusive platform that will build common ground for governments, businesses, financial institutions, non-profit innovators and the informal sector all to come together and align on a joint approach.

We have an ambitious goal to support 25 countries by 2025. Through connecting those dots, maybe we can get to more places even sooner, as there are opportunities for collective actions through society.