Exclusive interview: Unilever on nations deciding to work towards a global agreement for plastic waste 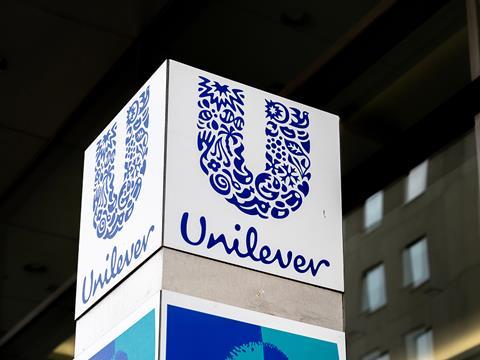 A month ago, nations came together at UNEA-5.2 in Nairobi and agreed to begin work on a legally binding agreement to tackle plastic waste. This was seen as a significant step forward by the businesses and organizations that had called for a UN treaty leading up to the outcome. We spoke to Richard Slater, Chief Research & Development officer at Unilever, about why Unilever supports a treaty to address plastic pollution, the factors the drove the decision to begin work on an agreement, and the steps to focus on going forward.

Why is Unilever calling for a UN treaty on plastic pollution?

Businesses like ours have a key role in driving innovations to reduce the use of new ‘virgin’ plastic and to make our products more recyclable. Not only is this the right thing to do; it also drives innovation and reflects changing consumer preferences.

At Unilever, we’ve pledged to halve our use of virgin plastic by 2025. We will also remove over 100,000 tonnes of plastic altogether from our packaging and ensure that our plastic packaging is designed to be fully reusable, recyclable or compostable.

We are making progress with our targets. Dove, our biggest brand, has just launched a new reusable body wash in the US with a bottle that you buy once and refill, which is showing early signs of success with consumers. In Latin America, our dilute-at-home laundry detergent uses 70% less plastic than our traditional bottles and is so popular that a third of consumers have already made the switch. We’ve launched 28 refill pilots around the world, delivering product refills straight to people’s homes from Latin America to Southeast Asia with start-ups like Algramo. And some of our biggest global brands from Hellmann’s to Dove are switching to 100% PCR (post-consumer recycled plastic) in their packaging. We now need to test, learn, and scale up these solutions globally, fast.

Over recent years, voluntary agreements like The Global Commitment led by the Ellen MacArthur Foundation have driven some progress. Yet, despite ambitious goals, innovations and investments by companies like ours, we haven’t turned the tide. Our collective response to a complex, global problem has been too narrow and fragmented. This is why we believe that shifting from voluntary to mandatory agreements – in the form of a UN Treaty - is critical to stemming the tide of plastic pollution.

What were the key goals and pressures that incentivised nations to go forward with the decision to begin work on a legally binding agreement?

Over the last decade serious demands have been made of companies and governments to deal with the problem of plastic waste. But despite ambitious goals, innovation and significant investment, the problem is actually getting worse. At the current rate, there will be four times as much plastic in the ocean by 2040 as in 2016.

It’s become clear that this problem is systemic and fundamentally entrenched in the global economy. We’ve reached the point where we need a common framework that recognises the true scale of the issue, and the global nature of complex value chains.

That’s why the agreement reached at the United Nations Environment Assembly was a critical turning point. With an ambition to conclude negotiations by the end of 2024, the hard work starts now to put a robust plan in place to deal with plastic pollution.

In your opinion, what are some of the important areas that this agreement must cover?

As a business we are supportive of a UN Treaty that is legally binding, and covers the full lifecycle of plastic. Specifically, there are two major roadblocks faced by businesses like ours that the treaty must help address: reduction and recycling.

On reduction - we want to innovate to use less plastic in our packaging by innovating with more reuse and refill formats, as well as alternative materials. Where this is not possible due to the nature of the product, we are seeking to replace virgin plastic with PCR - which also directly helps tackle plastic pollution by supporting the business model to collect and process plastic waste. A major challenge slowing down these shifts is the artificially low price of virgin plastic, which curbs the availability of the PCR materials we need. A Treaty that reduces virgin plastic production will help address these issues. It will force companies to pioneer new ways to use less plastic, and coordinate clear national targets and approaches to investment and infrastructure development.

On recycling - we know there is a critical gap between what can be recycled and what is actually recycled within current waste management systems. About 70% of Unilever’s packaging around the world is technically recyclable, yet only half of the plastic we use is recyclable in practice. A UN Treaty can help introduce new laws to stimulate investment in infrastructure, bring in mandatory recycling targets, and set up incentives for business to deliver the systems changes needed to end plastic pollution.

So far, our collective response to a worldwide problem has been too narrowly focused and fragmented. Voluntary agreements can only get us so far – we need global standards and coordinated action to drive change with speed and scale.

Having a UN Treaty that reduces virgin plastic production will create the right conditions to accelerate growth in new business models, formats, and help level the playing field on PCR availability and cost. It will support brands and companies like ours to pioneer new packaging innovations, and coordinate investment and infrastructure development, through clear national targets and roadmaps.

On the waste management side, having mandatory recycling targets at a national level will stimulate the crucial investment needed to manage and process plastic effectively. Tonnes of plastic ending up as waste would be recycled and reused, in turn cutting down on the need for virgin plastic to be produced. It was important that the mandate also recognised the contribution made by workers under informal settings, who play a pivotal role in delivering a circular economy in many countries.

Businesses like ours have a key role in supporting this process and ensuring the policies facilitate real change to help tackle plastic pollution. We know this is what consumers want - more than 80% of people worldwide favour products with less plastic packaging, according to a recent IPSOS poll. Ultimately, at Unilever we see this as an opportunity to fuel innovation, create meaningful partnerships and, ultimately, grow our business by creating better, more sustainable products.