A Million Recups a Month and Counting 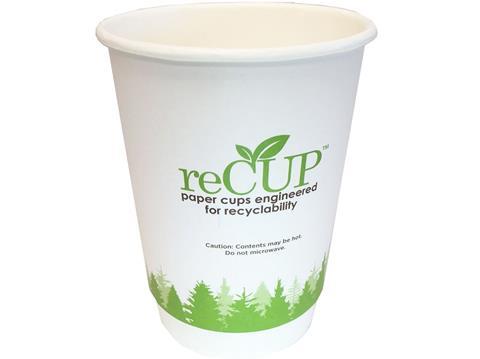 Production of the reCUP™, the first fully recyclable paper cup made from EarthCoating™ topped a million cups during the month of March, for the first time since production began at Cup Print in October 2017.

Cup Print CEO Terry Fox says: “We’ve seen production steadily climb since October but in the last month or so demand for the reCUP has really started to take off. As the debate over a potential latte levy intensifies, operators are looking for ways to protect their business but at the same time take their environmental responsibilities seriously. The reCUP is a great solution as it is fully recyclable in the regular cardboard waste stream. We’ve been working hard to get the appropriate partners on board and the milestone production of reCUP in March demonstrates that we are well on the way to gaining the kind of traction we know we will achieve for this eco-friendly cup.”

The reCUP is produced at Cup Print’s County Clare facility which is currently undergoing a 10 million Euro expansion to cope with anticipated increased demand for the company’s range of eco-friendly cups. The reCUP is listed with a number of UK and Irish operators and the company is currently in talks with a host of distributors and retailers throughout Europe who are looking at the cup.

The reCUP is made using a new mineralised resin coating that breaks down in the pulping process without creating the issues that regular PE lined paper cups cause. The reCUP looks the same, works the same and is manufactured the same way as a traditional plastic coated paper cup. Cup Print is the first company in Europe to offer these cups.