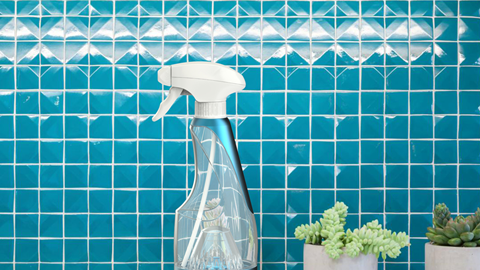 "Brand owners need to sell something other than disposable convenience." (Jason Foster, Replenish)

First, is reuse really a revolution? In a way, yes, if by that you mean a radical, systemic change. (It would be a little dramatic to frame it as an overthrowing of and oppressive regime, unless you count the current dominance of single-use packaging as a form of totalitarianism, which I probably don’t.) And reusable packaging is certainly not a new concept, but in recent decades it’s fallen out of fashion as we have all bowed down to the God of throwaway convenience. Now we are seeing a slew of young companies – and yes, they are usually startups – looking to turn the consumer tide back towards reuse.

I don’t need to extol the environmental benefits of re-using packaging rather than throwing it away. But the four re-usable packaging models I am going to examine in this upcoming series of articles (Refill at Home, Refill on the Go, Return on the Go and Return from Home) don’t just have to be seen as environmental game-changers. They can also help brands find new – and potentially even more profitable – ways to connect with consumers.

Some basic requirements link all the models: they have to be simple enough for the consumer to use that they will buy in, the package has to be robust enough to protect the products that are being sent/ordered/collected,and they also need to reach the consumer safely with no tampering. So simple, strong and secure. (The ‘three S’s’ of reusable packaging, if you will, as opposed to the ‘three R’s’ of sustainable packaging. I coined that, and you’re all very welcome.)

Over the next few weeks I’ll be speaking to people from four main re-use models to hear their thoughts on the prospects for their own particular niche, and what the industry needs to do to bring about behavioural change. Up first is Refill at Home, for which I spoke to Jason Foster from US-based company Replenish (one of the three finalists for our first ever Readers' Award at the Sustainability Awards 2019).

Replenish has created a customizable bottling platform for concentrates that can be used by any FMCG brand: a reusable, durable spray bottle that attaches to pods containing liquid concentrates. Alongside this, it has launched Clean Revolution for Amazon – a brand using Replenish bottling technology that can be adapted for different producers’ offerings.

That’s the short story; but company founder Jason Foster has a lot more to say about why such solutions are so vital and the ongoing challenge of achieving wider acceptance by the marketplace. (Spoiler: it’s taking longer than you might think it should and it’s not just because consumers are reluctant to sacrifice perceived ‘convenience’.)

The ambition behind Replenish is, quite simply, to see reuse and liquid concentrates go mainstream. At first glance, it might be easy to put the blame on the consumer for the slow uptake of such solutions: ‘they want convenience’, they ‘don’t want the hassle’ of mixing liquid concentrates, etc.

But delve a little deeper, says Jason, and the main challenge may be coming from entirely the other end of the producer / buyer relationship. “I would say the first wave of refills on the market from big brand owners are not as convenient as they should be. I think a lot of brand owners have purposely not invested in making these liquid concentrates easy to use. They have liked to keep things obscure – not user-friendly – because the dirty little secret is that they make a lot of money selling huge amounts of plastic and water. (The active ingredient in these products is less than 10%.) There’s such a monopoly around the status quo.”

“These companies have built their model on selling a diluted ounce of cleaner and they want you to keep coming back. When they start to change that, it erodes their price per ounce.”

Yes, of course customers would prefer convenience but I’d like to think the majority also want to do the right thing. Is it possible to give them both, and how has Replenish gone about achieving this? “We’ve created a seamless, easy mixing interface by taking the guesswork out of the concentrate and providing clear instructions. With current systems on the market the consumer reads the instructions on the back and they’re purposefully confusing (‘mix two ounces and a gallon of water, etc.’). This isn’t going to encourage consumers.”

That being said, he believes a change is coming (slowly, but it’s coming). Companies can no longer hide behind their ‘bold rhetoric’ when it comes to sustainability. “Big companies would rather do something like introduce a non-GMO formula or do anything that makes the consumer think it’s more sustainable rather than changing things from the ground up.

“The message we have been getting from the corporates is ‘recycling, recycling’, because that was convenient for them as it took the responsibility from their shoulders. But recycling can never be the sole answer for such vast waste streams, because quite simply there isn’t the municipal infrastructure to deal with the scale of what we are producing.”

What big brands are increasingly being forced to recognize is that, moving forward, they will have a corporate responsibility to address their own packaging waste. (If you help to make the monster, you should also play your part in pacifying it if you can’t actually destroy it; I’m looking at you, Dr Frankenstein FMCG). 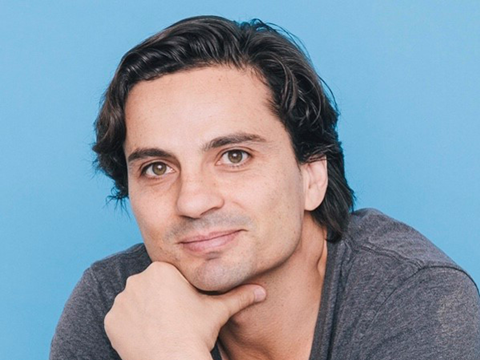 The same - but different

Also, bear in mind: another of the big reasons brands have been slower to take up the reuse model is the fear – misplaced, Jason would say – that they are going to lose that all-important connection with customers. If buyers aren’t going regularly to stores to purchase their brands, how will they maintain loyalty?

You could perhaps be charitable and argue that it takes a certain amount of bravery on the part of a large CPG to completely change their business model. This is where start-ups like Replenish can really help to change the conversation by flipping things around and demonstrating the positives of this model (‘we’re the little engine that could,’ as he puts it).

“We are actually collaborating with a large CPG in 2020. We were able to get them excited by showing them how amazing reuse can be for building relationships with consumers. It creates greater loyalty because you’re building something that’s made to last and can stay in someone’s home as a visual reminder of the brand.”

And, he says, they don’t actually have to fear ‘cannibalising their income’. “Gross margins can actually go up once you factor in all the transport and other input costs you are avoiding. Also, higher long-term customer loyalty means less marketing spend. It’s just about examining the income statement in a different way.”

Essentially, it’s deconstructivism on a grand scale. It’s pulling apart the current business model into its constituent components and re-ordering them to come up with an entirely new approach to gauging profit and customer relations. (I’m not saying that people like Jason are the Yotam Ottolenghi’s of the packaging world, but if I were to permit myself such an analogy he would be making a deconstructed apricot-amaretto cheesecake – all the necessary parts and equally as delicious, just presented on the plate in a different order.)

Talking about apricot-amaretto cheesecakes (and you can feel free, if you like, to silently applaud the seamless link I made here) brings us on to another way reuse models can, says Jason, help brand owners forge bonds with consumers: namely, tapping into the increased demand for personalization.

“Concentrates allow you – and even the consumer – to start creating different types of products with different features. You can start using ingredients that might not have been economically attractive before; for example if your favourite fragrance is watermelon you could have a watermelon cleaner or hand soap. In the store, there is not enough shelf space to cater for such diversity, but if you’re selling online then the sales funnel is very different and you can start to think about customization.”

In essence, he’s saying reuse should not be seen as a compromise for brands, so much as an opportunity. “In the end we can put more of the cost of the product into the experience. Once you free up the capital to put into personalization, you can create new products that will delight your consumer. That’s before we’ve even gone into the added functionality you can create once you don’t have to channel so much into marketing costs.”

All this being said, Jason is the first to admit that the uptake for Replenish (and reuse in general) is taking time and the challenges alluded to will not be overcome overnight.

“Our idea was not to be consumer-facing, even though we do have some of our own brands. Our focus was on partnering and working with big brands but the market has taken way longer to come around than we had hoped. However, a lot of the smaller companies also need a more efficient delivery platform so we want to work with them too in future. We are also currently working on the next iteration of the platform where everything will be 100% rPET and monomaterial.”

He believes e-commerce platforms will shape the future of packaging. Working with Amazon, for example, will enable Replenish to achieve worldwide distribution in a relatively short time-frame. “Partnering with Amazon is so important: this platform is in a unique position. If it starts to put its weight behind the waste you see in CPG then I think this will create change fast.”

I suspect there is probably always going to be a certain place for single-use alongside reuse models (for medical purposes, to give just one example) but not at the scale we are currently producing; that is simply not sustainable.

And there’s no need for us to wait for some as-yet unheard-of technology to ride in and rescue us, either: “Plastic is not the enemy. We have been so cavalier and wasteful with this wonderful material. If we can just use the material and the production infrastructure that’s already there but get 10 or 20 times more use out of it then we can make a real difference today. We don’t have to wait around for the hydrogen car.”

Finally, if he could sum up the ethos of reuse in a nutshell? “We need to stop seeing convenience in itself as valuable. We should see longevity as valuable. That’s the real culture change.”