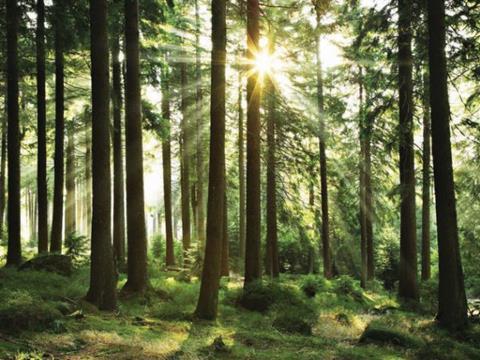 Smurfit Kappa has achieved a 26% reduction in CO2 emissions three years ahead of time, according to its annual Sustainable Development Report, which was published on Tuesday.

The company had set an ambitious target to reduce the relative total fossil CO2 emissions in its mill system by 25%. In the report, it is confirmed that it had surpassed the target, which had a 2020 deadline, at the end of 2017.

While Smurfit Kappa’s paper-based packaging is renewable and recyclable, the paper production process itself is energy intensive. Reaching the climate change goal further reinforces the company’s ongoing commitment to reduce its carbon footprint by focusing on energy efficiency and the use of renewable sources of fuel such as biomass, where feasible.

Climate change is one of Smurfit Kappa’s five strategic areas of focus for sustainability along with Forest, Water, Waste and People. The 2017 Sustainable Development Report announces several other key achievements including reaching two other targets in 2017. The first was a reduction in the chemical oxygen demand in its water, also reached three years early, and the second was in the area of health and safety with a 9% reduction year-on-year in lost time accident frequency rate over the five year period of 2013-2017, exceeding the targeted decrease of 5% year-on-year for the same period. Smurfit Kappa continues to provide Chain of Custody certified deliveries to packaging customers across Europe and the Americas approaching the target level of 90% certification. This is unique to the packaging industry for a company of Smurfit Kappa’s size.

Other highlights include Smurfit Kappa's ranking in the top 1% of the EcoVadis Sustainability ratings and its listing on the FTSE4Good, Euronext Vigeo Europe 120, Ethibel and STOXX Global ESG Leaders investor rating systems.

Smurfit Kappa's commitment to investing in social and scientific projects to benefit the communities in which the company operates amounted to approximately €5 million with an emphasis on the area of childhood education.

Tony Smurfit, Group CEO said: "2017 was yet another year with a strong performance on sustainability metrics for Smurfit Kappa and I am confident this will continue into the future. In the next five years we plan to allocate significant capital to projects that will contribute further towards lowering our environmental footprint and we will continue to invest significant resources in the development, safety and wellbeing of our people.

“This report is also evidence of our industry-leading transparency and demonstrates how Smurfit Kappa is making progress in supporting the UN’s 2030 Sustainability Development Goals.”

Steven Stoffer, Group VP Development at Smurfit Kappa, added: “For Smurfit Kappa, sustainability is not only about mitigating climate change and reducing inefficiency. For packaging to be truly sustainable, it must be produced and designed in a sustainable fashion and be biodegradable within a relatively short time after multiple usages. This results in minimal impact on the planet.

“Paper-based packaging is uniquely positioned to do this, and we strongly support the growing concern and efforts to put an end to the increasing mass of non-biodegradable, primarily plastic packaging floating in our oceans. This is why we believe that paper is the future of packaging.”

Key findings from the 2017 report include: