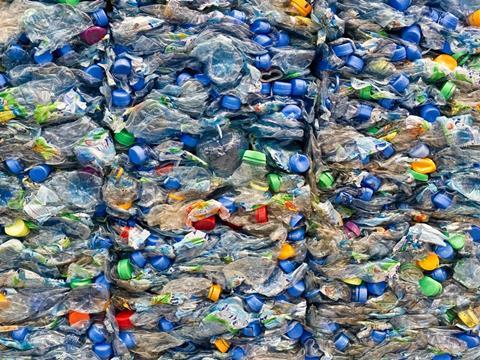 Yet, you have to know how to set up such a system properly. Ownership has to be well organised, as critical success factors such as design, hygiene, standardisation of packaging used and refill systems, tracking and tracing, cleaning, and logistics. One supermarket that has good experience in this field is Asda in the UK. They have set up an entire aisle with refill systems, with different brands supplying in bulk and consumers taking reusable packaging and returning it.

Carrefour has also introduced refill systems for various products in more than 1,000 stores in France. The strong growth figures speak for themselves and Carrefour has therefore announced further expansion for 2021.

In Morocco, Searious Business is running a similar systemic change project: the three largest national supermarket chains have partnered with the innovation agency and are now launching two pilot projects: a deposit system on PET bottles, and reusable packaging for hot and cold meals. It is interesting to note that the Moroccan government is using this project to introduce a nationwide deposit system and wants to implement further incentive measures to tackle packaging waste at source.

The behavioural changes initiated by supermarket chains are now demonstrating the feasibility of the reduced waste approach, giving the leading companies an immediate advantage over the rest. In this respect, a systemic approach clearly pays off compared to small, incremental improvements such as material substitution alone.

A shortcoming with a massive shift of plastic to paper or aluminium alternatives, for example, is the global availability of materials. A linear exploitation model of materials is simply not sustainable - that much is clear. Further, we know that some of those materials are 'recyclable', but in most cases, this is down-cycling for use in lower-value applications, such as in construction and building. It’s important to distinguish between recycling and circular use of materials.

2021 will be an important year in making materials more sustainable. The European Commission, as well as several national governments, have set hard targets and both supermarket chains and brand owners have made new commitments for this year. A further increase in the differentiation rate in packaging is inevitable, as is further expansion on deposit return schemes.

Brand owners, supermarkets, and large retailers are now in charge of driving less plastic waste in the future. They realise that all too well. However, not everyone comprehends that there is money to be made from a circular approach to materials, so there is certainly still work to be done in that respect. Those who realise first will get ahead of the rest.