Putting TIJ to the Test 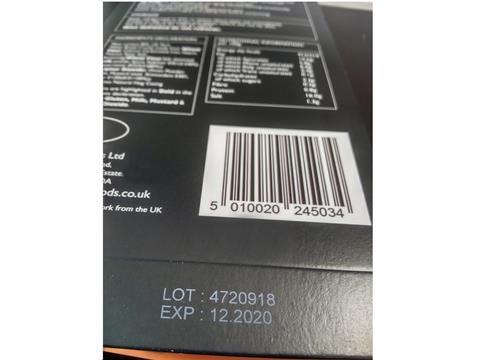 At PPMA, Rotech Machines is inviting visitors to put thermal inkjet to the test on any coding task. Unveiling an extended range of TIJ printers, the end-to-end coding systems specialist will demonstrate how this clean, cost-effective coding technology can challenge continuous inkjet and thermal transfer in a plethora of applications.

“When it comes to buying a new coder, many companies automatically go to CIJ or TT, because it is what they are used to, without considering TIJ. We want to show visitors that, in the vast majority of applications, TIJ not only matches but outsmarts these more established technologies in terms of cost of ownership, ease of use and performance,” says Richard Pether, director at Rotech.

In particular, Rotech will bust the TIJ myths and highlight its ability to tackle three applications that have traditionally been dominated by CIJ and TT: creating light coloured codes on dark substrates; printing at high speed on flexible films; and over-printing codes onto labels.

The development of white and yellow inks has broadened the application field for TIJ by enabling it to produce light codes on dark surfaces.

“Yellow and white inks have always been the achilles heel of TIJ technology,” says Richard. “The issue with light inks is that they are pigmented inks and, as such, couldn’t be handled by TIJ printers as the large particles caused the nozzles to clog. The new white inks developed by HP partners are potential game-changers, as they open up TIJ to a completely new area of the marketplace.”

Historically, producers and packers wanting a non-contact method to code onto dark surfaces were faced with the choice of buying a laser coder or buying a CIJ machine designed specifically for printing pigmented inks. This limited line flexibility – if users wanted to code onto lighter coloured substrates they had to buy a second, conventional CIJ unit. By contrast, because TIJ is a cartridge-based system, the same unit is capable of running any ink, light or dark. Users just need to insert the new cartridge and a colour change is effected in seconds.

The new inks have the potential to benefit any operation printing on dark surfaces; Rotech predicts that they will prove particularly popular with brand owners of luxury food, cosmetics, personal care and household items, who want to maintain a premium feel through discrete coding. TIJ is a high-resolution printing technology, meaning that it can create cleaner, higher definition codes than those delivered by CIJ printers.

Go ribbon-free for flexibles and labels

Whilst thermal transfer has long been accepted as the technology of choice for coding web-based materials, in fact, TIJ offers a faster, lower cost, maintenance-free alternative for simple coding jobs. A major ongoing cost of TT is the ribbon; when printing simple expiry dates or batch codes, only a fraction of the available print area is utilised, increasing the cost per print. TIJ does not require ribbons, significantly reducing cost of ownership. TIJ is also faster – there is virtually no limitation on the speed at which it can operate, and the units themselves are more compact than TT machines, making them easier to mount onto a flow-wrapper or bagger.

Overprinting onto labels is another application that has historically been the preserve of TT but could be performed more cost-effectively by a TIJ printer. Self-adhesive label applicators incorporating TT heads are a common sight on many lines. The main issue with this set-up is that TT printers are large and bulky and require two separate boxes. Comprising a single, self-contained unit with compact dimensions, TIJ printers are lighter, occupy far less line space and can be neatly and easily integrated with any labelling system.

Rotech invites visitors to come to its booth and see for themselves how its X1 Jet, iJet and X2 JET series of TIJ coders performs on these and other packaging applications. Available with both HP and Funai cartridge technologies, the series has been extended to take in a total of 11 different models, each tailored to different applications and user requirements. Rotech is confident than when they see these machines in action, even die-hard CIJ and TT users will be won over by this clean, user-friendly, maintenance-free coding proposition.