NEW STUDY 'MISLEADS ON VALUE OF BIODEGRADABLE AND COMPOSTABLE PLASTICS' 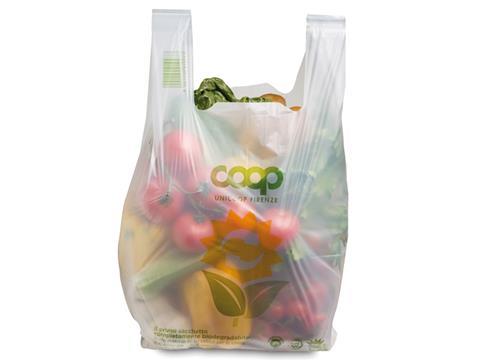 The new study Environmental deterioration of biodegradable, oxo-biodegradable, compostable, and conventional plastic carrier bags in the sea, soil, and open-air over a 3-year period carried out by Imogen E. Napper and Richard C. Thompson of the University of Plymouth, intends to provide insights into the ‘environmental deterioration’ of plastic carrier bags made from different polymer types under littering conditions.

We've discussed before the confusion in some quarters surrounding compostable plastics - what 'compostable' really means in the context of packaging and the reality of how long such materials will need to break down in the environment. For European Bioplastics, the new study serves to further highlight this misunderstanding, rather than shedding any new light on the subject.

“Contrary to what the headlines of some newspaper reports picking up the findings suggest, the study confirms that only certified biodegradable and compostable bags – designed to be collected with the bio-waste and organically recycled in dedicated composting plants – even if mistakenly littered in the environment due to bad habits, have a reduced environmental impact”, says François de Bie, Chairman of European Bioplastics (EUBP). “While no plastic bag should end up in the environment, period”, he adds, “at least it is clear that certified compostable ones will not need decades to degrade, as conventional plastic bags do.”

The five bags chosen comprised two oxo-degradable bags, one fossil non-biodegradable polyethylene bag, one bag marketed as – but not proven to be – biodegradable, and only one product certified compostable according to the European Norm 13432.

“Most of the bags selected are not biodegradable according to European Union (EU) definitions in the first place – indeed only one product is: the compostable bag. But the scenario of industrial composting, for which the item was designed, was not tested”, states Hasso von Pogrell, Managing Director of European Bioplastics.

Furthermore, according to EUBP, the bag defined as biodegradable was labelled as such according to the standard ISO 14855, which is not a standard on biodegradation but merely specifies a ‘method for the determination of the ultimate aerobic biodegradability of plastics, based on organic compounds, under controlled conditions’. Therefore, the study actually highlights the importance of correct labelling and certification and reinforces what the EU Commission already did with the Single use Plastic Directive, where oxo-degradable plastics have been extensively researched by the European Commission and banned.

Also, in said Directive, the biodegradability of plastics has been clearly defined and linked to the standard EN 13432 for industrial composting, thereby acknowledging that industrial compostable products have value for separate collection of bio-waste and facilitate organic recycling (composting).[1] Consequently, they shall be treated in a corresponding facility and shall produce high quality compost / soil improvers according to circular economy principles.

'No solution for littering'

“Plastic products certified to be industrially compostable are no solution for littering. Testing them as if they should be is misleading the public’s perception of the technology. It creates the impression of the product lacking in performance, even though the performance in the intended environment has not been tested at all”, says Hasso von Pogrell.

The discussion about a future more circular economy for plastics and the topic littering has not peaked yet. A lot of different actions initiated by the European Commission, the industry or NGOs are trying to lessen the impact of plastics on the environment.

Research that will shed new light on how to reduce litter and plastic leakage is currently under way. Two interesting projects on this matter are the Plastic Leak Project and the H2020 project CLAIM.