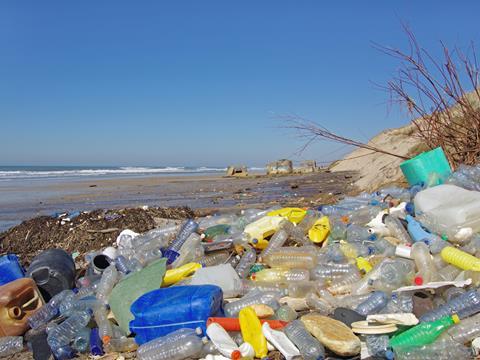 Specialists in the packaging, sustainability and recycling world have responded with qualified welcome for the 25-year sustainability plan unveiled by Theresa May.

Paul Vanston, CEO of INCPEN, made the following statement:

"What we have now from the Government is a long-term Plan within which short and medium-term actions can be framed. Many of those actions need to be discussed and defined and INCPEN is already well placed to continue contributing to that work with Ministers, officials and across the four sectors. We’re pleased the Government has not dictated every twist and turn that must be taken over the coming years but, rather, has invited the packaging supply chain to be part of the discussions that determine the best ways forward for our country.‘In response to a question on deposit returns at yesterday’s event the Prime Minister confirmed that interventions will be based on ‘looking at the evidence and determining the best impacts’. In our minds, this evidence-based approach needs to be at the core of the 25YEP. That is very important to all four sectors because we will need, all of us, to join-up our activities better. Compromises may need to be made, which are far better done based on robust evidence of potential impacts, benefits and consequences whether intended or otherwise.‘Truly ‘valuing resources’ means working together across the four sectors on product design, use, reuse, recyclability and the implications of end of use. That may be far easier said than done when we come to analysing how materials are used in every facet of how society functions.

"‘For example, the collection of used packaging materials for recycling is, itself, a highly important aspect. To meet the aspirations of the 25YEP the four sectors will need to delve deeply together into consistency and types of councils’ service offerings to residents and businesses; participation in recycling services; contamination issues; communicating with residents and businesses on a long-term national basis; and development & stability of national and international markets among much else."

Echoing the response made by Packaging Europe to the UK's policy, Mr Vanston also emphasised the importance of not losing sight of other environmental considerations:

‘Another example where an evidence-based approach is important is the idea for fresh food to be sold loose in plastic-free aisles. I can see the attractions that are asserted by some, though an immediate concern raised by many is that this may result in greater quantities of food waste. I’d hope we all agree this isn’t an acceptable result for the country given the 7 million tonnes of food the UK already wastes annually. Good packaging has already helped to bring down food waste in the supply chain though we have a lot more work to do on household food wastes. So INCPEN agrees the Prime Minister’s evidence-based approach focused on best impacts needs to be applied when it comes to specific ideas in the 25YEP.

"The Government’s plans are a step in the right direction but we’d like to see measures focused on better recycling and use of recycled materials in manufacturing production.

“The intention to ban all plastics carries its own baggage. If we banned single use plastics we would need to find another solution, which would bring with it its own recycling challenges. Plastic waste and the resulting environmental degradation needs to be addressed as a whole. It is up to us – the manufacturers, designers, processors and consumers to think intelligently and work in collaboration to ensure sustainability throughout the entire supply chain.

“Plastic is a vital resource but when only half the UK’s plastic bottles are recycled it tells its own story. More needs to be done to encourage recycling at home while manufacturers should be incentivised to include more recycled plastic in their production line.”