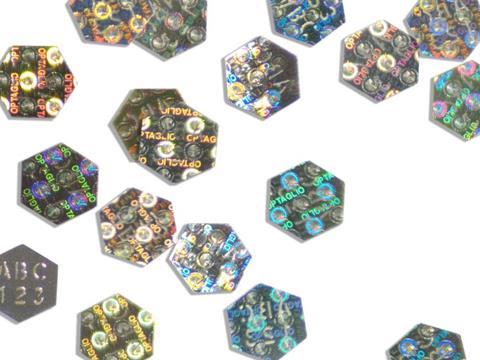 Optaglio delivers anti-counterfeit protection for more than 10 million drug packets in Q4 2017, mostly technologies for covert (hidden) or forensic protection to supplement visible elements. The company thus helps to identify even those fakes, which already overcame the basic protective barrier and got into the supply chain.

“It is great news for patients and awful news for counterfeiters. Even if they succeed in imitation of a basic protection element, other inspection levels are still available,“ explains Tomas Karensky, senior research manager in Optaglio. „Usual technological race between defenders and attackers is thus eliminated. If the attacker overcomes the first level of defence, he or she does not know whether the packaging includes other security features. It makes their situation pretty difficult.“

Hidden elements, such as invisible or infrared ink, have been already applied on drug packets. However, Optaglio´s microholograms are more advanced and more resistant to imitation attempts. Microholograms are tiny particles that can be added into paper and look like metallic dust, seen by a naked eye. With a magnifier, a user can spot regular shapes and holographic surface. Forensic enquiry shows holograms, including all visual effects, on each grain.

It is expected that implementation of microholograms for drug protection will continue in 2018.

World Health Organisation says that fake drugs cause up to one million deaths each year. Although different protection elements and robust trace-and-track systems are implemented, the counterfeiters are still successful. It is estimated that up to 50% of the drug in online shops are fakes. Some of these fakes are equipped with an imitation of a protection element such as a watermark or a very simple hologram.With coming more advanced anti-counterfeit technologies, there is change to limit this threat step by step.