Henkel relaunches beauty care products with a focus on sustainability 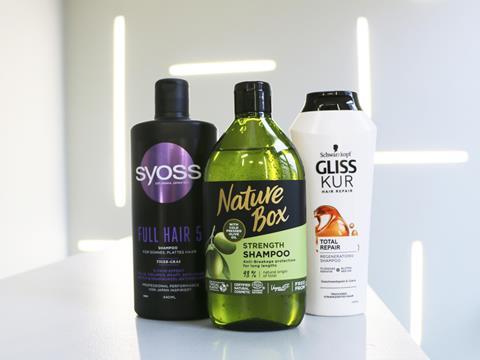 Henkel has relaunched three of its major retail brands in new, sustainably-minded packaging with a focus on the use of Social Plastic, recyclable black plastic, and PCR materials.

Alongside the launch of Nature Box’s new 98% natural-origin recipe, Henkel is also taking further steps in its collaboration with the social enterprise Plastic Bank.

Nature Box is being described as the first beauty brand to introduce Social Plastic as a packaging material for its complete bottle portfolio: All bottle bodies of Nature Box are made of 98% Social Plastic - plastic that, in Henkel's words, has been collected by people living in poverty before it can enter oceans and waterways.

Henkel is currently working to replace the remaining 2% virgin plastic, which is based on the bottle’s color, with the recycled material as well. For that, the company is already testing a color carrier consisting of Social Plastic.

Last year, Henkel introduced its first recyclable black plastic packaging. Since the relaunch of Henkel’s haircare brand Syoss in September, the brand’s black packaging is fully recyclable due to the use of a carbon-free colorant. Additionally, all of the shampoo bottles are made of 98% percent recycled material (excluding the cap).

All of the bottle bodies are recyclable and, by reducing the use of metallic foil, Henkel says that the overall recycling process is simplified. Additionally, the new black caps are made of carbon-free material which reportedly means that they are fully recyclable as well.

As part of Henkel’s sustainability efforts, the company has set itself packaging targets for 2025 to promote a circular economy. By that point, the company hopes that 100% of its packaging will be recyclable or reusable and that it will have reduced fossil-based virgin plastics by half in its consumer goods packaging. Additionally, Henkel wants to contribute to avoiding plastic waste being disposed of in the environment.

“We are fully committed to contributing to a circular economy and are working towards our ambitious packaging targets for 2025. The relaunch of three of our biggest brands marks a true milestone and demonstrates our holistic approach to transform our entire portfolio with regards to sustainability,” said Philippe Blank, head of circular economy at Henkel Beauty Care.