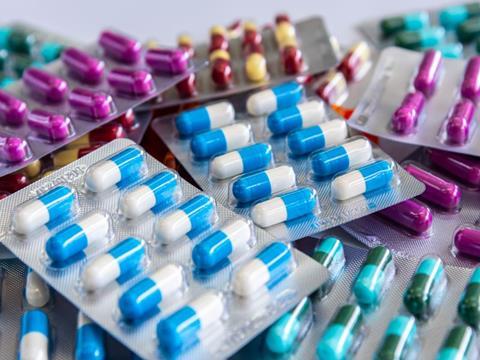 Research conducted by CPhI Worldwide ranks Germany as Europe’s preeminent pharma industry. The data was drawn from the CPhI Annual Report and includes opinions from over 350 international pharma companies.

The ‘CPhI Pharma Index’ is the only annually produced perception ranking of the world’s top performing countries. It provides insights into the world’s leading pharma economies across all attributes, and indicates which markets have the greatest business prospects and growth potential.

The results see Germany consolidate its status as an elite pharmaceutical market, finishing ahead of its European rivals in API Manufacturing (7.88), competitiveness (6.48), innovation (7.49) finished product manufacturing (8.02), and growth potential (6.92).

CPhI Worldwide, which brings every stage of the pharmaceutical supply chain together – from ingredients and finished formulations to machinery, packaging, outsourcing and biopharmaceuticals – is widely used as a barometer of pharma’s overall strength and growth potential. This year, the event is expected to welcome over 45,000 attendees and 2,500 exhibitors, with nearly all major pharma countries registering a positive outlook for 2019 and 2020. Significantly, the outlook for Germany amongst both its domestic and international executives is particularly strong – improving its score across all metrics since 2018.

One of the most notable trends is the sudden rise in anticipated growth potential for Germany in 2019/2020, increasing by 11% from 2018. The research’s authors attribute the shifting European outlook over the last couple of years to wider macro changes, as well as the continued strength of European pharma. Germany is perceived to be reaping a ‘Brexit boost’ in its medium-term growth potential – with an equal drop in the UK scores directly correlating to the increases seen in Germany’s.

“It is no surprise that Germany has again emerged as a global pharmaceutical leader. However, the country has further increased its score, suggesting it has consolidated its position as Europe’s top pharma industry. There are a number of leading German manufacturers and service providers in the pharmaceutical industry in attendance at CPhI Worldwide this year, including BASF, B. Braun, Evonik, Vetter Pharma, AG, Wacker, Corden Pharma and Merck. In total, 223 German companies will be showcasing their strength to a global audience, with executives attending from over 150 countries ” said Orhan Caglayan, Brand Director at CPhI Worldwide.

The full CPhI Pharma Market Index will be made available later in the year within its 2019 Annual Industry Report.

Caglayan, added: “Significantly, in the event’s return to Frankfurt, the pharma industry in Germany is perceived as an international industry pioneer according to the latest CPhI Pharma Index. The country has the highest score in ‘API manufacturing quality’ globally, as well as the leading scores in Europe for ‘competitiveness’, ‘innovation’ and ‘finished product manufacturing’. Collectively, this points to extremely strong prospects for the German pharma industry in 2020.”