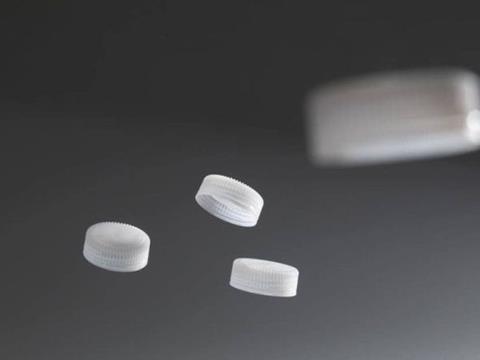 At the Fakuma trade fair in Friedrichshafen, Germany, 16th to 20th October 2018, ENGEL will demonstrate a further reduction in cycle times for the production of caps. An all-electric ENGEL e-cap 2440/380 will be used to produce 26 mm caps, including tamper-proof bands made of HDPE, at a cycle time of under 2 seconds under realistic manufacturing conditions.

Optimised movement profiles allow for an increased output: The ENGEL e-cap 380 with 3,800 kN of clamping force can provide a dry cycle time of just 1.4 seconds. The ENGEL e-cap is the only cap machine on the market providing all-electric operation with a clamping force range as high as 4,200 kN. At the same time, it is the most energy-efficient machine in its class. Despite its substantial output, the e-cap due to be showcased at Fakuma only needs around 0.4 kWh of electricity to process a kilogram of plastic granulate.  Integrated systems solution to unlock full potential A 72-cavity mould from z-moulds (Dornbirn, Austria) will be used at the trade fair. As far as peripheral units, the exhibit will include a dry air system from Blue Air Systems (Kundl, Austria) and a camera inspection system from IMDvista (Brügg, Switzerland). As a system solutions provider, ENGEL delivers fully-integrated and automated manufacturing cells around the world from a single source. Efficiency potential is maximised and overall energy consumption kept to a minimum where the injection moulding machine, mould and peripheral systems are properly coordinated from the start of the project.

Alongside energy efficiency, the all-electric e-cap machine's features include extreme precision. This ensures the greatest possible number of good parts, even in the production of demanding lightweight caps.