Editorial: We Need to Talk about Packaging 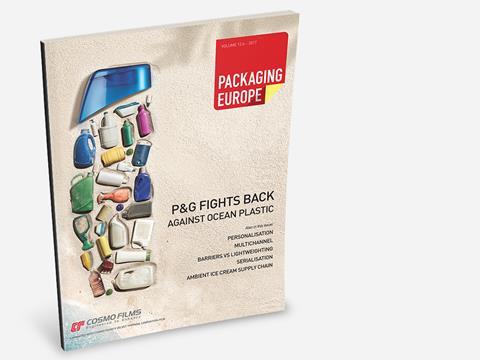 The big talking point over the last month in packaging came when the former head of a major supermarket chain gave an interview in which he suggested that retailers should move toward total elimination of plastic. “Regardless of how much is invested in recycling infrastructure, virtually all plastic packaging will reach landfill or the bottom of the ocean sooner or later," Andy Clarke, ex-CEO of Asda told the Guardian. "Once there, it will remain on the earth for centuries. It is vital that the packaging industry and supermarkets work together to turn off the tap.”

We published a response to the interview, which in turn attracted a great deal of discussion around the industry. I draw two conclusions from the episode as a whole. The first may be self-evident but it warrants repetition. Namely: simplistic, one-solution answers to the complex sustainability challenge are inadequate and often counter-productive. Sustainability involves numerous metrics - the carbon footprint and the water footprint, as well as the thorny issue of recyclability, returnability and waste, and the respective energy footprints of these end-of-life paths. This means that environmental evaluations need to be holistic, properly accounting for all impacts across the product's life cycle.

In fact, multiple sustainability objectives are often in tension with one another (as we explore in this edition in an article about trying to improve barriers and downgauge at the same time). Moreover, the carbon footprint of a packaged product usually dwarf that of the packaging itself. Research has found that about 30 per cent of the average European consumer carbon footprint comes from the production and distribution of food. Although packaging is the most visible environmental impact to consumers, it only causes 1.3 per cent of the consumer's total carbon footprint in a developed economy. An increased shelf life directly results in a lower food waste at retailers. Taking carbon-intensive red meat as an example, a shelf life increase of 10 days brought about by a switch to better performing plastic packaging resulted in a four-fold decrease in sirloin steak waste at Austrian retailers.

As an industry we know this. To us the social and environmental contribution of packaging is self-evident. But – and this brings me to my second conclusion – it’s complacent to assume that these substantive benefits of packaging are a firewall against irresponsible ideas. We are living in volatile times, in which the ‘information market’ provides people with ideas they want to hear and in which factual rigour and nuance have no higher value than falsehood and bombast. We’re seeing people voting for bad ideas that feel right, and policy makers who are ready to exploit feeling over fact. All too often, those who stand for science and for reality-based policy have been shy about engaging with noisy detractors. In the UK, for instance, pro-Europeans rarely spoke up about the benefits of the Single Market and EU-wide collaboration with the passion that imbued the ‘Eurosceptic’ campaign to withdraw. This created a dynamic in which the former were kept on the defensive, pushed into a corner in which the best they could say was ‘it’s not as bad as you think’. Look where that got us.

The day after the Guardian interview was published I spoke to a lot of packaging people across the value chain down to brand owners and retailers. Each of them was appalled. Each was keen for Packaging Europe to publish a response. However, most were reluctant to be quoted. I understand that speaking out unilaterally is risky. But so is collective silence. I’d urge everyone to peruse the readers’ comments underneath the Guardian’s article and see how self-evidently right Andy Clarke’s suggestions feel to a subset of the public…

In this month’s magazine (if you're not a print subscriber you can read the e-magazine here - or subscribe here), in fact, we lead with a story about the brand owner P&G getting proactive about the ocean plastics problem. Lisa Jennings gives the inside story on the UN award winning Head & Shoulders bottle made with 25 per cent recycled beach plastic. We also look at the still embryonic personalisation revolution, strategies for finding the sweet spots in sustainability trade-offs, challenges raised by e-commerce, perspectives on serialisation, the big beverage trends and innovations revealed at drinktec, Tetra Pak’s ambient ice cream supply chain concept, GSK’s new consumer science facilities, and lots more. With sustainability and efficiency driving phenomenal innovation across the industry, packaging has never had more to be proud of than it does today. It’s time for a connected value chain to speak up about this.