Automation Trends in the Packaging Industry 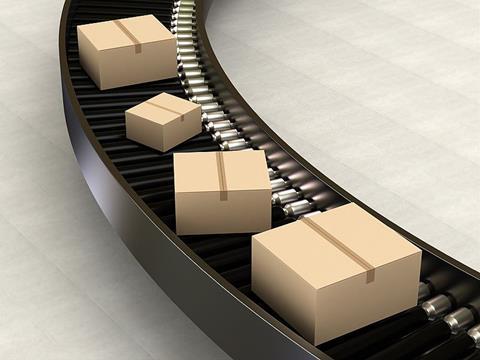 Like many other industries, the packaging sector constantly adapts to market requirements. Changes are being influenced by factors such as regulation, skills shortages and digital transformation.

To turn these challenges into opportunities, innovative companies are increasingly relying on solutions such as human-robot collaboration and the use of artificial intelligence to manage intensive data processing. Malte Schlüter, Global Key Account Director F&B/ CPG at Mitsubishi Electric, looks at four main trends that are currently influencing the packaging industry and will go on to shape the future.

A clear trend is the increased demand for collaborative robots (cobots) for direct use next to humans without protective equipment: "This is not about displacing classic industrial robots, but about supplementing them and adding advances in automation - especially in the co-packing sector," says Schlüter. On the other hand, the support of humans with input from cobots presents an opportunity: Equipped with a vision system, they can relieve people of monotonous, tiring and physically stressful tasks by, for example, correctly orienting parts or lifting loads. In this way, they increase the efficiency and quality of human work.

Cobots are designed from the outset to be used in close proximity to humans, that means they operate with forces and acceleration parameters that are harmless to humans and which are specified in the ISO TS15066 safety guideline. “Mitsubishi Electric is currently developing a new collaborative robot with features including: no risk of injury from crushing edges and a surface that is easy to clean and prevents dirt traps - while still achieving the same repeat accuracy of ±0.02 mm as our industrial robots. The prototypes are still under testing, but they have already been presented to a wider audience at international shows." says Malte Schlüter.

A further feature of the cobots in general is their simple control and programming requirements, which can be carried out by trained personnel at the end user company. This eliminates the ongoing need for external system integrators or programmers. In addition, they can be used quickly and flexibly in many application areas within the packaging industry. Mitsubishi Electric’s prototype offers various options for "teaching" cobots. These range from force-controlled manual movement of the robot arm to the desired position - to visual programming and user interfaces on tablets or mobile devices for calibration and parameterization.

For industrial robots, the market demand is for alternative safety solutions to fences, barriers, cages and cells. After all, these safety precautions occupy valuable production space, mean high additional cleaning costs in hygienic areas, and prevent a meaningful cooperation with workers. In addition, there are complex restart procedures required after an emergency stop or if protective barriers have been opened. Instead, optical safety systems can be applied. Laser scanners are widely used to monitor defined zones around the robot. "A special feature offered by Mitsubishi Electric is a safety-relevant reduction in the speed of movement for our industrial robots. As soon as a human enters their outer zone they slow down. When a person enters the area where there is a danger of direct contact with the robot, the robot stops immediately," says Malte Schlüter, describing the solution.

Instead of securing an area with light barriers and laser scanners, entire rooms are increasingly being monitored with camera systems. In the future, vision systems equipped with artificial intelligence (AI) will recognize when and where people enter the robot's workspace and regulate its speed accordingly. In this way, people will soon be able to move freely and safely around robots. With a view to achieving this objective Mitsubishi Electric is already actively working with its partners to develop practical solutions ready to bring to the market.

In robotics, artificial intelligence describes the ability to react appropriately to unforeseen and non-programmed situations. If, for example, a robot receives a product that deviates from the standard in terms of orientation, geometry or packaging, then without AI it could not identify these irregularities and react accordingly. Robot systems equipped with AI and corresponding vision systems as sensors can now learn to identify these deviations and adapt their processes. Today, the new MELFA FR robot series from Mitsubishi Electric is available with AI functions and can increase the yield in industries such as food and life sciences.

AI is also used where intelligent robots detect quality defects in products to be packaged and replace these with flawless products during the process - even within individual packaging units. Robots that can be moved manually or even mounted on driverless transport systems can also quickly detect their new position and adapt their process sequences using AI.

Against the backdrop of a desire to increase OEE (overall equipment effectiveness) by means of digitalization, there is a high demand for analysis of extracted data (data mining) from production. In the first instance there is a recipe and production data for internal evaluation. In addition, the condition and operating profile of devices like the robot’s components such as servo drives can be recorded. This provides valuable information for instance the status of wear parts and any contamination. The resulting database information then enables predictive maintenance strategies with a significant saving potential in maintenance costs. To improve these strategies further, Mitsubishi Electric is developing a new edge computing technology called MELIPC that will be fully commercialized in the course of the coming year. It is aiming at leveraging the value of manufacturer’s data through the use of advanced analytic algorithms executed on the edge of the shop floor.

Another important category of process data is the one that is used for traceability and consumer information, especially in the food sector. This can be employed, for example, to prove compliance with the cold chain or to attach origin information to food packaging that can be called up via a QR code. "At Mitsubishi Electric, we can collect all data from PLCs, controls and drives centrally and process it locally using special edge computing technologies. This reduces the bill for storage space in the cloud in addition to delivering many other advantages for production control and monitoring.

"Robots are far from replacing all manual work in the packaging industry," summarizes Malte Schlüter. "As fully integrated, intelligent 'colleagues', they will help to make tasks more comfortable and efficient though. This is no longer a dream of the future, because we have the corresponding technology right now - and it is economic to use".