Tests Show no Nanotubes Released During Utilisation of Nanoaugmented Materials 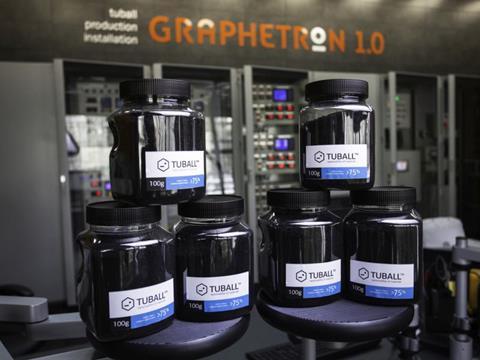 Recent research on the most novel additive – single wall carbon nanotubes – has demonstrated an impressive result: in contrast to conventional additives, no protruding particles appear and no free-standing particles are released when materials containing these nanotubes are being mechanically stressed during simulation of their typical use.

End-users and hi-tech manufacturers of products that use nano- and- and micro-sized carbon additives such as multi wall carbon nanotubes and carbon fiber have been concerned for some time about the release of particles during damage to the material. Health and safety testing on migration of single wall carbon nanotubes from a material’s matrix was initiated by OCSiAl, the world’s largest manufacturer of single wall carbon nanotubes branded TUBALL, and conducted by VITO, a leading European independent research and technology organisation. Simulation experiments on blank and TUBALL-nanoaugmented epoxy, polyethylene and elastomer materials were carried inside a test chamber and any possible aerosol release was captured and measured with a TEM microscope.

TEM analysis revealed a remarkable outcome – in the drilling and Taber abrading tests, no free-standing or protruding single wall carbon nanotubes were found. Another significant finding was that the number of micro particles released from the TUBALL-nanoaugmented materials in comparison with the blank materials decreased by up to 35%, depending on the type of the material. This is yet another demonstration of the bonding power of single wall carbon nanotube that enables a 3D nanotube network to greatly strenghthen the material’s structure. This exciting enhancement of a material’s physical properties is the subject of ongoing research.

OCSiAl is leading the charge in raising the transparency of the management of single wall carbon nanotubes by analysing and openly discussing health and safety issues. The company is constantly investing in research conducted by independent universities. OCSiAl is an Associated Partner of the new EC4SafeNano project (part of the EU’s Horizon 2020 research and innovation programme), which aims to ensure the sustainable production and use of nanotechnology. Moreover, OCSiAl is the world’s first manufacturer of single wall carbon nanotubes to have registered them with the EU'’s Registration, Evaluation, Authorisation and Restriction of Chemicals (REACH) regulations. This allows the company to produce and commercialise up to 10 tonnes of TUBALL in Europe annually, and significantly boosts nanotube applications in a wide range of industries.

OCSiAl is a hi-tech company producing, on an industrial scale, TUBALL™ single wall carbon nanotubes – an advanced additive that improves the properties of base materials. The dominance of nanotubes is related to their exceptional conductivity to weight ratio (as conductive as Cu but 5× lighter), temperature resistance (up to 1000°C) and strength (100× stronger than steel). As little as 0.01% of TUBALL™ enables the use of less raw material while producing more high-performance end products. To simplify nanotube handling, OCSiAl provides TUBALL™ MATRIX, an off-the-shelf concentrate for increased conductivity, vivid colours, and better yield and performance in elastomers, composites, coatings and batteries. The company holds 90% of the world’s single wall carbon nanotube market, with a 10 tonne production capacity that will increase to 60 tonnes by 2018. Headquartered in Luxembourg, it has footprints in the USA, Russia, Korea, China, Hong Kong and India.