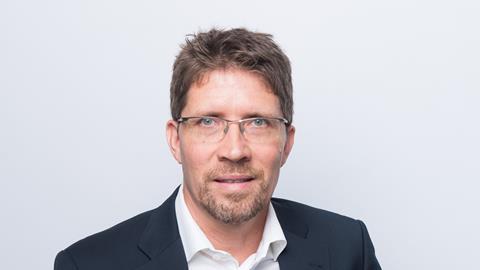 Gerald Rebitzer, sustainability director at Amcor, explores how the climate crisis and the pressing need for carbon reduction should take a front seat in FMCG packaging sustainability strategies.

In recent years, we have seen a strong industry focus on circularity and packaging waste, which has somewhat eclipsed the climate crisis. Despite repeated political declarations, there was a gap between the cited goals and reality. But carbon is again moving to the forefront of the debate. The European Commission set the goal to be carbon neutral by 2050, and even China announced that it would cut its net carbon emissions to zero within 40 years.

The EU’s announcement of the New Green Deal had a positive impact, as it started competition in the positive sense. Addressing the climate crisis requires some short-term infrastructure investment. But investment in carbon reduction can give companies a competitive edge in the long term, similar to what happened with Tesla’s electric cars. They didn’t make a profit for a long time, but now the technology is really catching on and other manufacturers have to play catch-up.

There is a growing realization that we need to act now on the climate crisis, and I expect this to balance out the discussions about ‘good’ or ‘bad’ packaging materials. The real key is to improve packaging efficiency. Functionality is important. If weight can be reduced while maintaining functionality, that is even better; weight is even more important than what type of material the packaging is made from. Bearing in mind that one-third of food produced is wasted, it becomes clear what savings could be made in that area. Reducing food waste is crucial. Packaging should be part of a solution, and should be fed back into the circle, whether it is reused or recycled. Of course, we should furthermore avoid other negative impacts such as littering and ocean waste.

Recyclability vs energy efficiency – from gas guzzler to electric

Changes that are happening in other industries can serve as a model for the packaging industry. As an analogy, when comparing a Ford Thunderbird from the 1970s, which consumed a lot of petrol, with a much more efficient modern hybrid or electric car today, the modern car obviously has a much lower carbon footprint, but it also has some challenges in terms of recyclability, especially when it comes to the battery, for which there is currently no recycling infrastructure available. On the other hand, the Ford Thunderbird is very easy to recycle as it is one big piece of steel, but would you really want to go back to the old car and lose all the efficiency benefits?

At Amcor, we are able to manufacture monomaterial solutions for the most demanding mainstream applications, not just niche products. Amcor’s R&D team comprises around 1000 people, and they are hard at work on roadmaps to convert structures into monomaterials that can be recycled in existing recycling systems and that are also future proof. We innovate to bring products into the market that meet barrier requirements as well as processing and filling requirements in demanding applications that support both mechanical and chemical recycling.