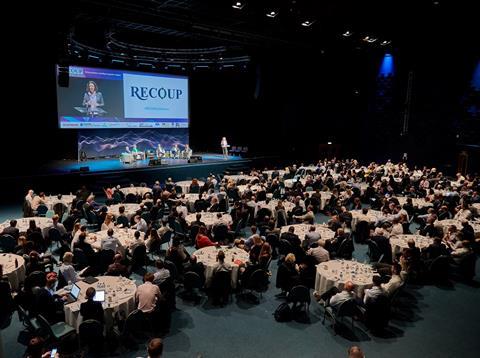 In his opening address, RECOUP CEO Stuart Foster outlined the work carried out throughout 2018 as set out in the new RECOUP brochure. Foster thanked the growing network of RECOUP members for their ongoing support and called for all retailers still using single use carrier bags to set aside one pence from the five pence levy to assist with RECOUP work for the benefit of the whole of the plastics recycling value chain.

On the issue of litter, Foster asked the question, “Does the average consumer care enough to change their habits?”, referencing how the Japanese football fans cleaned up the stadium after a World Cup match in June. He added that “we can and must do better, and improving approaches to collection, consumer engagement and provision for on-the-go recycling will be critical alongside better UK recycling infrastructure for plastics.”

In announcing that the previous consumer facing initiatives had been rebranded Pledge2Recycle Plastics, Foster outlined the engagement projects throughout the summer and encouraged Local Authorities to contact RECOUP for assistance in future plastics recycling campaigns and to gain access to free resources. RECOUP also called on manufacturers, brand owners and retailers for financial commitments to run match funded pledge2recycle plastics campaigns with local authorities on a voluntary basis until new EPR requirements were in place.

The chair of the morning session, Prof Margaret Bates emphasised in her address that the UK needs a sensible debate about packaging as not all plastics are created equal. Commenting on the level of knowledge of plastics outside that conference room not being at a very high, as people feel disengaged from their responsibility of disposal of their waste.

Commenting on the future debate of deposit return schemes, Bates said that “People need to be driven and incentivised, the system needs not to be the cheapest but one which is future proof and robust”.

The topic of plastic leakage into the natural environment and the social norming that surrounded littering was commented on throughout the day. Elena Polisano, Campaigner at Greenpeace said that “the plastic in the ocean was an uncontrolled experiment and there was still much we did not know, but the tap needed to be turned off.” Elena challenged those present by stating that everyone needed to ask themselves “what doing their bit looks like whether you are a consumer, retailer, reprocessor, or packaging producer”.

In the films and flexibles breakout session, Mike Baxter from RPC bpi who were also lead conference sponsors, said that retailers and brand owners needed to realise that recycled plastic pellet is a premium product, that it does cost more to produce. In the value chain breakout session, Reckitt Benckiser, BASF and the CO-OP outlined their latest work and views, with Rob Thompson from the CO-OP announcing that they will eliminate own-brand single use plastic from 2023.

Within the collections and consumer engagement session, speakers from LNER, Viridor and Norfolk Waste Partnership outlined the importance of getting it right. Steve Walsh from TOMRA commented during his presentation that “organic based products (compostables) should be clearly labelled as non-recyclable”. He added that it would be “prudent to think about incentivising companies to remove recyclables before incineration to ensure the material was kept in the loop at the moment there is no encouragement to do so.”

The final session of the day looked at the changes likely to happen in the future within plastics resources, recycling and packaging. There was debate on what any future deposit return scheme might look like, how recycling could be measured and the possible outcomes of EPR for both recycling and litter. Both Nick Brown from Coca Cola and Stuart Hayward Higham from Suez highlighted some of their ongoing plans and activities to change the way we treat plastic resources, and make the current systems better, with John Read from Clean Up Britain recognising the current litter problems in the UK and their campaign in Leamington Spa to change consumer thinking.

Throughout the day, the event embraced the current work of many organisations in this space and challenged all involved to make the most of the once in a generation opportunities that are presenting themselves. Change is coming, and we need to ‘Seize the Day’.