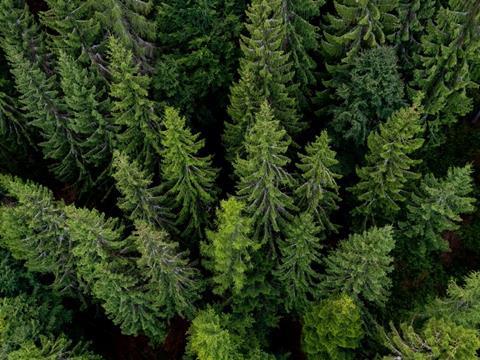 The European Council, at an agriculture and fisheries meeting held on Monday 15th November, has consolidated its support for further integrating sustainable forest management into its European Green Deal ambitions.

This announcement follows the publication of ‘The New EU Forest Strategy for 2030’ on July 16th, 2021. Representatives presented some revisions to the strategy, which have been discussed and debated at meetings between ministers since July. Approval of the strategy was granted by the Agriculture and Fisheries Council in Monday’s meeting.

In its response, the EU’s agricultural ministers say they recognise the significance of the ‘One Health’ approach detailed in the New EU Forest Strategy, which considers human health, animal health, and the health of the natural environment interconnected and essential to one another.

Additionally, the Council emphasises the importance of forests in aiding the EU’s “transition to a sustainable, green, climate neutral and competitive circular bio-economy” – particularly with regards to issues such as climate crisis mitigation, with a target to reduce greenhouse gas emissions by at least 55% by 2030, and maintaining ecosystem biodiversity.

The Council also acknowledges that a ‘one-size fits all’ approach may undermine the goals of the initiative, and that a diversity of sustainable forest management techniques must be maintained alongside an awareness of local differences in ownership, history, and forest coverage going forward. Specifically, the Council notes the importance of protecting remaining primary and old-growth forests.

The Council adds that education and accurate and transparent data will be an important factor in presenting new, diverse, and holistic strategies to member states and the forestry industry itself. It highlights the need for cooperation between the European Commission, EU member states, and stakeholders in further developing sustainable forest management initiatives across Europe, while also ensuring the participation of indigenous peoples in proceedings.

From a financial perspective, the Council calls for incentivising the forestry industry’s transition to more sustainable management practices, such as carbon storage and sequestration, and providing support to build the industry’s resilience to climate change.

Alternative forest industries – including eco-tourism and the production of non-wood materials like cork, honey, and medicinal plants – should also be promoted, according to the Council. It stresses the need to balance the environmental, social, and economic aspects of sustainable forest management.

Input from member states, according to ministers, has flagged doubts about national strategic plans for forestry. This suggests that international monitoring, reporting, and implementation may be the favoured approach, with ministers suggesting an additional dimension to the strategy that addresses global deforestation and efforts to curb this.

The Council concludes that plans to plant 3 billion additional trees in the EU by 2030 are welcome, but that additional pledges from member states are voluntary.

Today, the Alliance for Beverage Cartons and the Environment (ACE) – with members including SIG Combibloc, Stora Enso, and Tetra Pak – released a statement welcoming the European Council’s conclusions on the New EU Forest Strategy.

In particular, ACE says that it shares the Council’s view that both short- and long-lived wood-based products are equally important in providing alternatives to fossil-based materials. The group also concurs with the council that a new certification scheme is not necessary as effective schemes, such as FSC and PEFC, already exist; instead, it suggests that the EU Commission focuses on enabling small-scale producers to access these existing schemes.

ACE adds that the full potential of forests could be recognised further by the European Council, which apparently focuses almost exclusively on forests as carbon sinks. The group claims that wood-based products have lower carbon footprints, can be recycled up to 20 times, are suitable for food contact applications that support product preservation, and offer useful by-products – factors that it says need to be acknowledged by an EU strategy for forest management.

In its own roadmap leading up to 2030, ACE outlines how packaging will play an important role in meeting the targets of the EU Green Deal. The group is aiming to ensure all beverage cartons are made from renewable materials or recycled content and meet sustainable sourcing standards, while boosting recycling rates and lowering the industry’s carbon footprint.