Philip Morris International Inc. has released a new report produced by KPMG, which provides a stark reminder of the negative challenges and financial costs associated with illicit trade.

The independent KPMG “Stella Report,” commissioned by PMI, reveals that in 2018 the black market for cigarettes in the European Union (EU) cost governments a total of 10 billion euros in lost tax revenues and was equivalent in size to the total legal cigarette sales in the U.K., Austria and Denmark combined. Overall illicit cigarette consumption levels remained stable compared to last year; however, the report found a more than 30 percent increase in counterfeit consumption—the largest amount recorded to date.

“Beyond damaging government revenues, harming legitimate businesses—including our own—and fueling crime in local communities, the availability of cheap, unregulated cigarettes on the black market undermines efforts to reduce smoking prevalence and prevent youth from smoking,” said Alvise Giustiniani, PMI’s vice president illicit trade prevention. “For PMI to have impact in our drive to unsmoke the world, we must sustain our combined efforts to eliminate illicit cigarette trade, while ensuring responsible access to better alternatives for the men and women who would otherwise continue to smoke.” 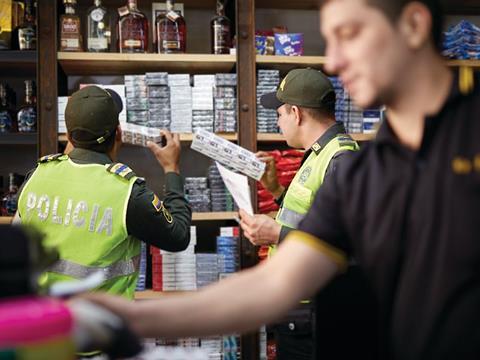 According to the report, in 2018, illicit cigarette consumption—i.e., the consumption of counterfeit and contraband cigarettes—in the E.U. was estimated at 8.6 percent of total consumption, representing 43.6 billion cigarettes.

:•    Counterfeit was the only category to show year-on-year volume growth in 2018, while contraband, illicit whites and other illicit product volumes declined.

•    Consumption of legal non-domestic cigarettes grew by 10 percent in 2018, indicating that consumers purchased lower-priced products when travelling, rather than using the illicit market.

Illicit trade is a complex issue, damages many sectors, negatively impacts societies and respects neither borders nor laws. No one government or single industry can address this problem on its own; everyone has a role to play. To combat the flow of illicit goods, PMI invests in strict controls for its supply chain and supports regulations such as the FCTC Protocol to Eliminate Illicit Trade in Tobacco and the recently enacted tracking and tracing provisions under the EU Tobacco Products Directive. Furthermore, PMI continues to work with private and public actors alike to help advance the global anti-illicit trade efforts, including through PMI IMPACT, a global initiative supporting third-party projects against illegal trade and related crimes.